The re-entry underway at Anglo American’s Grosvenor underground coal mine has ignored the reasonable concerns of its workforce, the Mining Union said.

CFMEU Mining and Energy Queensland President Stephen Smyth said that the company had not been transparent about plans for staged re-entry, which got underway yesterday (22 April 2021).

“The workforce has said loud and clear that they want their union safety inspectors kept informed about re-entry plans,” said Mr Smyth.

“Workers feel strongly that the mine’s management team – which has blown up the mine twice – should be held accountable for their approach.

“Yet our Industry Safety and Health Representatives were not given any notice or information about the re-entry. This has left workers fuming.”

Workers also raised their concerns about a one-on-one interview process that took place ahead of the re-entry, where they were quizzed about their mental health and ability to work safely underground.

“No one questions the need for workers to be mental and emotionally healthy when they return underground at Grosvenor,” said Mr Smyth.

“They have been through a very traumatic experience.

“But Anglo has had the best part of a year to assess and support the mental health needs of its workforce at Grosvenor. To put these labour-hire workers on the spot, making them fear they’ll be targeted or lose their job, creates unnecessary stress and lack of trust.

“We all want Grosvenor mine to re-open safely. Again, I’m urging the Anglo leadership team at Grosvenor to listen to the reasonable concerns of its workforce and build trust, not breach it.” 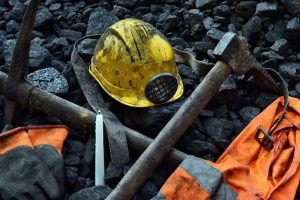 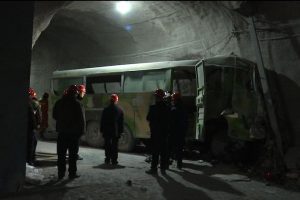 22 sentenced for deadly mine accident in China