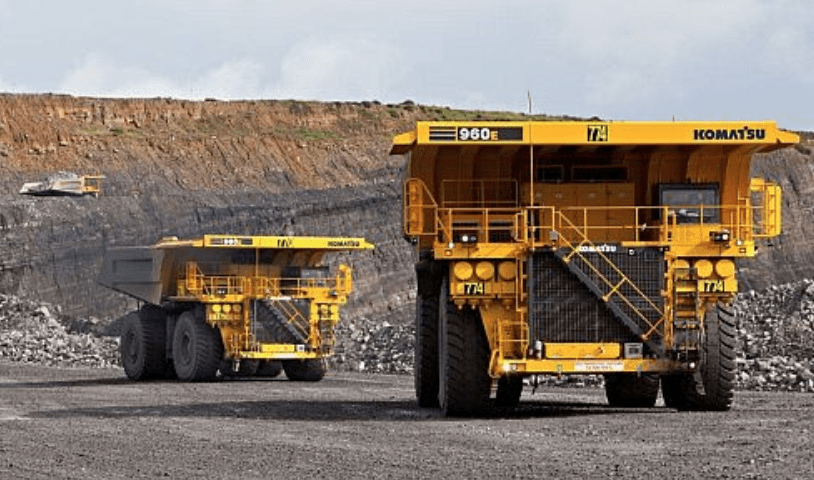 BMA Automation Becomes Reality...BMA has announced today that they will automate 300 jobs at its’ Queensland Goonyella Riverside mine through the autonomous conversion of 86 Komatsu trucks in 2020.

BMA Asset President James Palmer said today that “Autonomous haulage will help us improve safety and productivity performance, and it is our people who will be at the centre of making this change a success,” he said.

“While the first autonomous vehicles will not operate at the site until 2020, and full roll-out will take around two years, we want to give people in our workforce and the community as much notice as possible of this change,” Palmer said.

But the move has angered both unions and the Queensland opposition with LNP Leader Deb Frecklington and the CFMEU’s Stephen Smyth both condemning the BHP Mitsubishi Alliance’s decision.

Ms Frecklington said approvals for the Goonyella Riverside mine near Moranbah should be reviewed in light of the company’s decision to slash its local workforce.

“The LNP will oppose any shift to automation that destroys existing jobs in Queensland’s resources industry,” Ms Frecklington said.

“Mines in Queensland are approved on the basis of the jobs they will create.

“If mines no longer offer those jobs, their approvals should be reviewed.

“Let’s be very clear, Queenslanders support mining because of the jobs and economic prosperity it creates in the regions and for the state as a whole.”

CFMEU’s Stephen Smyth said today “BHP can choose to put the interests of the workforce and local community at the centre of their automation strategy or simply chase profits by replacing good local jobs with robots,” he said.

“By failing to engage in any consultation or provide information to the workforce, they appear to be chasing profits at the expense of workers.

“At the end of the day if this industry is just creating dust and traffic without generating good local employment and economic activity, it will lose its social license to operate.”

LNP Shadow Minister for Mines and Member for Burdekin Dale Last said that automation would be devastating for Bowen Basin mining communities in his electorate.

“BHP’s automation announcement is a hammer blow to my community and I won’t sit by and let multi-national corporations put profits ahead of workers,” said Mr Last.

“It doesn’t matter if the redundancies are voluntary or not. This decision will rip the guts out of the local economy and the LNP will fight it tooth and nail.

“This mine is not in the middle of nowhere. It is next to a thriving community and the people who live there need to have an economic future.

“If BHP move forward with their automation plans the Coordinator-General should call in the mine approvals and tell BHP to the deliver the jobs they promised when these mines were approved.”

LNP Member for Gregory Lachlan Millar also condemned the move, saying BHP’s automation policy would have an enormous impact on communities in his electorate that service the Blackwater Mine near Emerald.

“Regional communities are battling drought and we cannot afford to lose more jobs to boost the bottom line of international mining giants.”

Social license to operate must be earned

The CFMEU’s District President Stephen Smyth has been a long term campaigner for considered approaches to automation across the mining industry having moved a motion at this year’s State’s Labor Conference to take a stand against automation.

Smyth argues that mining companies who automate processes and sack workers should pay additional royalties to the Government to offset the impact of the job losses on regional communities.

Smyth previously told the Courier Mail that “Automation and technology will frame our industry but it shouldn’t be a given we should accept it. People shouldn’t be falling over themselves to embrace this new technology.”

“We understand that mining companies will push to maximise their profits at every opportunity,” Stephen Smyth said today.

“That’s why we need governments to step up and make sure that these companies earn their social license to operate.

“That includes understanding how communities will be affected by automation and intervening to make sure regional Queenslanders don’t pay the price.”

UPDATED 10.29 pm A spokesman for the BHP Mitsubishi Alliance confirmed this evening there would be no forced redundancies as a result of the decision.

“Our commitment to central Queensland remains rock solid,” he said.

“No existing roles will be relocated to Brisbane or anywhere else.”