AMSJ » Does freedom of speech exist in the workplace? 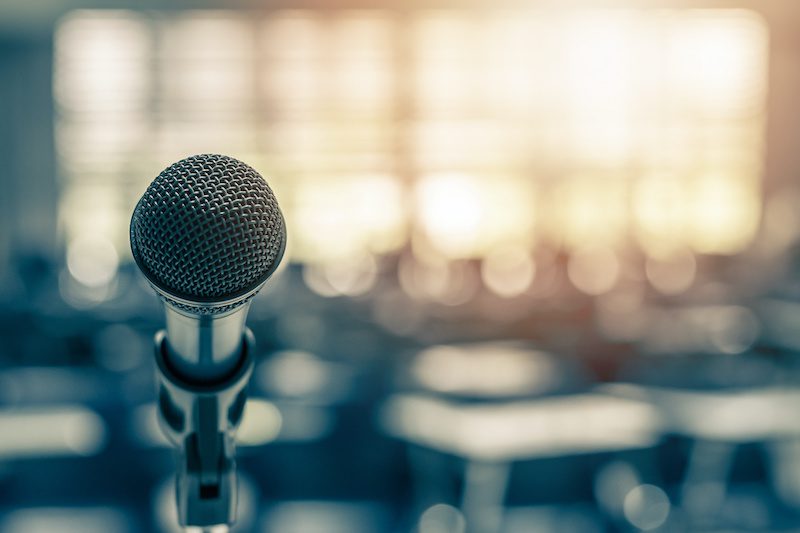 For employers, it has become increasingly difficult to maintain control over the behavioural expectations they set for employees, particularly in relation to conduct that occurs outside of work hours.

With the introduction of the Human Rights Act 2019 (Qld) in Queensland on 1 January 2020 and following the recent decision of James Cook University v Ridd [2020] FCAFC 123, it is important that employers remain mindful of their employees’ right to freedom of speech.

Professor Peter Ridd, an academic and employee of James Cook University (the University) was dismissed from his employment with the University after it was found that he breached the Code of Conduct by denigrating the University and his colleagues and by failing to maintain confidentiality during the disciplinary process.

Bullshit at work | the real truth

The University issued a censure to Professor Ridd after he expressed concerns in both an email to a journalist and an interview on Sky News about the science underpinning the federal Government’s spending on the Great Barrier Reef.

In his view, the research that demonstrates damage to the Great Barrier Reef is wrong and there are systemic quality assurance concerns with the underlying science. As part of this, Professor Ridd claimed that key stakeholders of the University needed to “check their facts before they spin their story” and “can no longer be trusted”.

The University issued a formal censure to Professor Ridd after finding that he had engaged in conduct contrary to the Code of Conduct as he expressed a professional opinion in a manner that was not collegial and impacted on his colleagues, the reputation of the University and its stakeholders.

Despite this, Professor Ridd continued to make public comments expressing his views. he University ultimately issued Professor Ridd with two speech directions, five confidentiality directions, a ‘no satire’ direction and two censures in relation to his conduct.

The University subsequently terminated Professor Ridd’s employment after it determined that he:

In the first instance, Judge Salvatore Vasta of the Federal Circuit Court considered whether the findings about Professor Ridd’s conduct, the directions and censures issued to him and the termination of his employment were contrary to the James Cook University Enterprise Agreement 2013-2016 (Agreement).[1]

The Agreement contained a clause which set out a right to intellectual freedom and stated the University’s commitment to acting in a manner consistent with that, provided staff do not harass, vilify, bully or intimidate those who disagree with their views.

Professor Ridd’s legal representatives argued that each allegation of misconduct related to him exercising intellectual freedom in accordance with the Agreement. The University maintained it had never sought to silence Professor Ridd or infringe on his right to intellectual freedom, but rather acted on concerns of serious misconduct and breaches of the Code of Conduct.

Judge Vasta found that the Code of Conduct was subordinate to the Agreement and that it was only when behaviour was not covered by the intellectual freedom clause in the Agreement that the Code of Conduct could apply. Judge Vasta determined that each of the 17 findings of misconduct, the directions and censures issued to Professor Ridd and his dismissal were unlawful.

On 22 July 2020, on appeal to the Federal Court of Australia, Justices John Griffiths and Sarah Derrington considered whether, properly construed, the Agreement provided Professor Ridd with a right to express his opinions in a way that was unconstrained by the Code of Conduct.[2]

Justices Griffiths and Derrington determined that while the Agreement informed the “content of the exercise of intellectual freedom”, the Code of Conduct “regulates the manner in which that freedom may be exercised”.

Justices Griffiths and Derrington held that the intellectual freedom clauses of the Agreement did not excuse Professor Ridd’s conduct and that the University did not contravene the Fair Work Act 2009 (Cth) when it dismissed him.

The Human Rights Act 2019 (Qld) (HR Act) makes significant changes to the way in which administrative decisions are to be made in Queensland.

The HR Act introduces 23 civil, political, economic, social and cultural human rights with the fundamental objective of ”building a culture in Queensland where human rights are respected, protected and promoted”.

The HR Act requires that:

With the commencement of the HR Act, the question arises: how will protected rights, in particular the right to freedom of expression, operate alongside an employer’s right to regulate conduct where there is a sufficient connection to employment?

Recent authorities have made clear that the use of social media in a manner contrary to an employer’s interests can constitute a valid reason for dismissal.[3] However, the protections afforded to employees by the HR Act in this context are yet to be tested.

The right to freedom of expression contained in section 21(2) of the HR Act creates challenges for employers in circumstances where the expression of an opinion, observation or belief by an employee is contrary to their employer’s expectations.

Implications of Ridd case for employers

The Ridd case is a good example of the inherent tension that can often arise between the right to freedom of speech and an employer’s ability to set expectations in documents that can potentially curtail that, for example in a Code of Conduct.

When considering whether an employee has engaged in misconduct, employers need to consider the interplay between all relevant rights and obligations, including those set out in an enterprise agreement and any Code of Conduct.

There is a risk that employment decisions and disciplinary outcomes will be unlawful if the rights to free speech are not expressed to be subject to other obligations.

Employers covered by the HR Act also need to consider the potential operation of that regime. In Castles v Secretary to the Department of Justice [2010] 28 VR 141, the Court said:

“it will be sufficient in most circumstances that there is some evidence that shows the decision maker seriously turned his or her mind to the possible impact of the decision on a person’s human rights and the implications thereof for the affected person and that the countervailing interests or obligations were identified.”

In light of the introduction of the HR Act, and the recent decision of James Cook University v Ridd,[4] employers should take steps to:

This article first appeared at here.