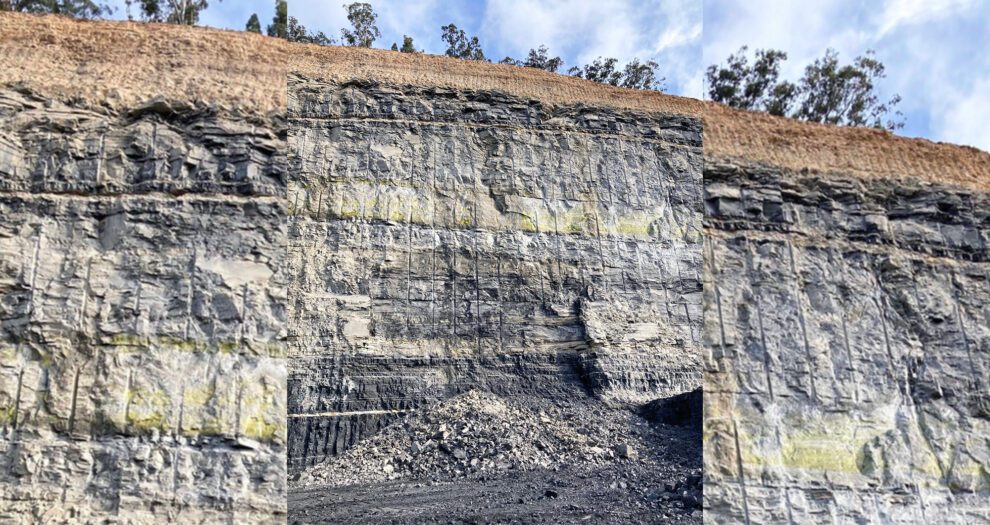 Earth material became loose and caused part of a heavy vehicle to drop without notice.

A highwall section recently collapsed, sending a large volume of rocks onto a dump truck below at an undisclosed open-cut coal mine.

The heavy debris overwhelmed the rear tray, which was in a lifted position and suddenly crashed down. The impact startled and wounded both operators in the cabin.

“While a dump truck was being loaded at the toe of a highwall material from in front of the presplit fell from the highwall and landed in the rear of the truck tray. The truck tray head-board lifted two to three metres and then free fell back down into the lowered position,” the New South Wales Resources Regulator said in a safety summary.

“Two operators in the cab were shaken and suffered minor injuries.”

Investigators found the highwall was not excavated back to the presplit wall, leaving potentially loose material still on the wall.

“As the coal was removed below the material in front of the presplit wall collapsed quickly. The loose material on the wall was [also] not identified as part of the site’s geotechnical hazard reports,” they said.

They recommend implementing safe work systems to inspect highwalls and conditions that could affect stability before work begins.

Loose material or overhanging rocks should be removed before work commences. Exclusion zones and other appropriate controls should also be implemented.