AMSJ » Rescuers end search for victims in Indonesian mine disaster 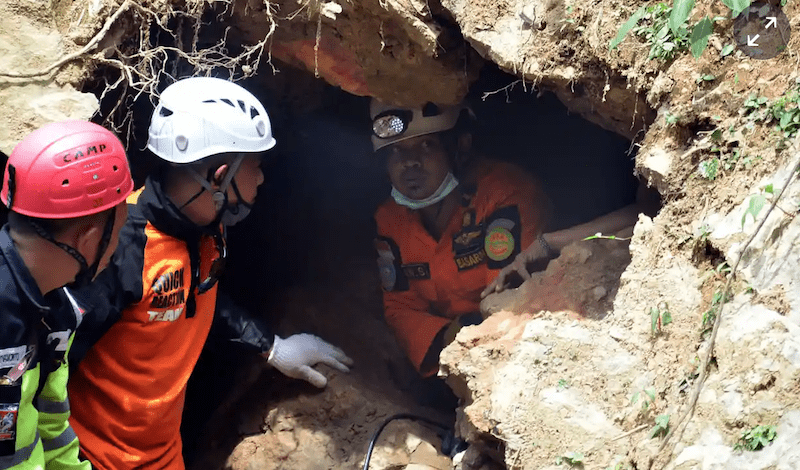 The death toll has risen to 27 following a collapse at an illegal gold mine in Indonesia’s Bolaang Mongondow region of North Sulawesi. It is believed that up to one hundred people could have been trapped underground in the Indonesian mine disaster when a roof fall occurred.

“Our assessment found it is no longer possible to search for the victims because of the possible landslides, it is getting more and more dangerous for the rescuers,” local disaster mitigation agency official Abdul Muin Paputungan told AFP.

“We decided to end the search for the mine collapse victims today.”

The remains of 27 miners have been found following the disaster on February 26, while 18 were pulled out alive, Paputungan said.

Rescuers have been hampered by steep terrain, unstable soil and dangerously narrow mining shafts to reach victims of this Indonesian Mine disaster.

In 2016, 11 miners died after a mudslide engulfed an illegal gold mine in Sumatra’s Jambi province.

Illegal mining claims many victims globally as impoverished communities are forced to work underground in order to survive. Three weeks ago 23 miners died in an illegal mining accident in Africa.