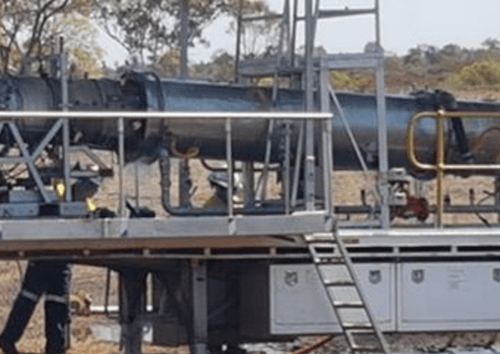 The CFMEU has come out in support of Peaboy’s efforts in management of the North Goonyella coal mine fire.

CFMEU Safety and Health Inspector Steve Woods said efforts to manage the event were extensive and the fire was under better control than last week, when black smoke was billowing from the mine.

Peabody Energy have engaged the Queensland Mines Rescue Service to deploy the GAG (GORNICZY AGREGAT GASNICZY SYSTEM ) Jet Engine to the site in order to control the fire through the use of exhaust gases starving the fire of oxygen. The GAG Unit was used continuously for 13 days in the USA Loveridge Mine Fire to control the fire but there have been a range of circumstances globally where the use of the GAG have also been unsuccessful in controlling fires.

Experts have previously stated that the successful deployment of the GAG can be reliant on factors such as the adequacy of the mine sealing and the existing integrity and position of mine stoppings and other ventilation devices when the GAG was installed.

Peabody, the Queensland Mines Inspectorate and the CFMEU have remained tight lipped about the preparation of the underground mine for the GAG’s use.

Some industry insiders say because the mine was evacuated early in September, preparation work for the GAG deployment was not conducted, or anticipated, and therefore adequately directing the exhaust gases from the GAG engine to the site of the mine fire will be difficult.

“The success of the use of the GAG unit in fighting the North Goonyella mine fire is dependent multiple factors, of which many appear uncontrollable” one industry insider told AMSJ. “Let’s hope that there’s not another mine that needs the GAG at the same time” they said.

Steve Woods and the CFMEU are optimistic and have applauded Peabody Energy for their stance on the safety of miners.

“Mine operators Peabody had done the right thing for worker safety by evacuating the mine and setting strict exclusion zones to avoid the potential tragedy of workers being trapped by fire or explosion.” Steve said.

“Lessons from past tragedies like Moura have been learned.

“The most important thing is that people are safe, but of course members are anxious about the circumstances at the mine and the future of their jobs.

“Every entry point to the mine is sealed and we don’t know when it will reopen.”

When is a mine fire, a REAL mine fire?  North Goonyella
Mine dust victims want companies to pay levy
Comment