AMSJ » Drones in mining | An Australian Innovator is leading the way 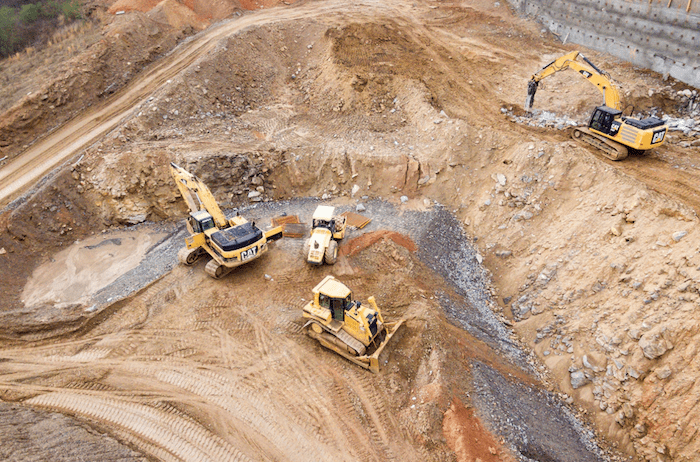 Andrew Harrison is one impressive young man that’s changing the way we use drones in mining. In the past few years he’s not only designed, but built and commercialised his own drone technology that has specific application in the mining sector. Andrew’s drone technology is now being supplied and used for underground inspection in Australian mines.

He is a unique Australian innovator and an inspiration who’s story deserves to be told. He’s at the forefront of drone technology in Australia and is shaping the way we use drones in mining. We caught up with Andrew and asked him about his company, the technology and his future plans. We also asked Andrew what he thinks about the application of drone technology for improving safety in mines.

Tell us a little about yourself and how you got into the idea to create a drone for mining inspection?

I began designing and building my own drones back in 2013 while completing my bachelors degree in aerospace engineering. Drones were far less prevalent back then and while they were just about to explode into the commercial market, they were still relatively complicated to manufacture compared to today’s availability of sensors and control units.

Team and worked on projects with the Melbourne Fire Brigade and Defence Science and Technology Group. Come the following year I became the Team Lead and worked to deliver such Defence projects as Black Kite and the Micro Aerial Reconnaissance Vehicle (still operated to this day).

Largely due to the success of these projects I started working with Fosterville Gold Mine in late 2014 to design and operate a UAS which could navigate in and out of mining stopes. After a few design iterations we began trials where we successfully completed a number of stope inspections with the UAS we’d developed. This hands on experience with the underground mine provided me a thorough understanding of the environment in which a drone would have to operate in and all the potential hazards associated with it.

Also during 2015 I began working at QinetiQ as an aircraft structural integrity engineer. During my time there I worked exclusively within the Australian Defence Force on various tasking and when I left in 2017 I was working within the Defence Aviation Safety Authority.

Armed with this experience, in October of 2017 I started the business Astra Drone Solutions in which I envisioned building a product line of industrial confined space and indoor inspection drones. By mid 2018 I had begun flight trails at Fosterville Gold Mine with the Astra EXO, our confined inspection drone. These flight trials involved performing stope inspections in active regions of the mine and proved to be very successful. By August 2018 I had begun a production run of the system with all major manufacturing occurring at our Melbourne workshop.

Since August we have been steadily increasing our client base across the mining industry and expanding into other sectors such as the oil and gas industry. In parallel with this I’ve been developing new sensor modules for the Astra EXO which further grow it’s capabilities such that clients don’t have to buy into a whole new ecosystem for new and advanced capabilities.

What are the key advantages for this type of work that you do in mines with drones?

The key points I emphasise to mines regarding the Astra EXO revolve around its ease of use, inherent level of safety compared to other systems and low cost such. Because of this it is a very low risk tool for mines to implement, with a long list of advantages and very little against it.

What mining safety problems might be also solved with the use of drones?

Current and future drone systems will be primarily performing inspection, scanning and sampling tasks in and around environments both accessible and inaccessible to workers. This will allow many manual tasks that had a high level of inherent risk to be performed remotely, thereby eliminating the exposed human element. That said, as with most complex systems there will be limitations, faults and failures from time to time. So while the exposed human element can’t be entirely eliminated, mine safety will see a marked improvement as drones and other remote systems are implemented.

What about the limitations? What are the existing limitations for drone tech in mining?

Broadly, drones have proven to be capable of performing many tasks ranging from gas sensing to brick laying. So there’s little limitation on what they can achieve. But to be implemented as a tool for mines, drones need to be pretty hassle free. If a system requires strict conditions in which it can be safely operated or takes an excessive amount of resources to manage, mines will be hesitant to adopt it. There’s always a risk associated with adopting new technology and there usually has to be a significant improvement over the old way of doing things to warrant consideration.

What do you think should mining companies be doing now about drone technology? Particularly in respect of safety?

I think mining companies should be actively engaging with Australian drone technology companies and the wider industry to discuss potential applications for drones in mining and work to implement them where possible. Drones are not a passing trend and will continue to replace existing processes, supplement others and perform tasks which otherwise haven’t been feasible. Many mines already seem to be doing this very well and have teams dedicated to implementing new innovative technologies, further improving mine safety and efficiency.

What do you think the next generation of drones will do for mining safety?

For the most part I think the next generation of drones will be better at what they already do, data collection. This in turn will provide a greater level of situational awareness over operations, which will help identify any hazardous situations before an incident can occur.

Will there be drone industry in Australia?

Absolutely, but I am concerned about how much of the Australian UAS industry will be built around the development and manufacturing of UAS vs the operation of them. Australia has some fantastic innovators who are working on new and exciting UAS technologies and I hope it remains viable for these projects and businesses remain in Australia.

What risks/problems do drones pose to the mining industry?

While drones will likely be performing activities which improve mining safety and productivity, they will also introduce new hazards in an already complex operational environment.

Understanding these risks and working to put in new controls which fit in with existing safety management systems will be key moving forward. Though, I believe that for the majority of applications this process will not compromise the systems effectiveness in the first place, and will dramatically improve mining safety and productivity.

Read more of our stories around Drones in Mining 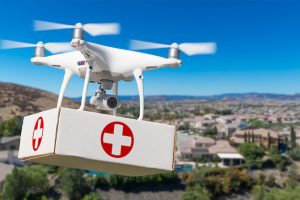 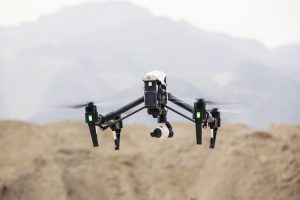