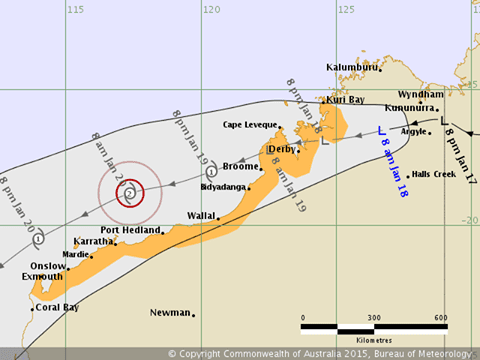 A blue alert has been issued for the mining towns of Port Hedland and Karratha due to concern that a tropical low off the northern coast of Western Australia could develop into a category 2 cyclone.

The Department of Fire and Emergency Services (Dfes) has advised people living between Kuri Bay and Mardie to start preparing for strong winds and wild weather as the tropical low moves offshore from the west Kimberley coast today.

The Department advises that the low may develop into a category 2 cyclone as early as this evening.

The system is expected to track generally parallel to the Pilbara coast before weakening on Tuesday.

A cyclone watch is also in place for people in or near the coastal communities of Mardie to Exmouth.