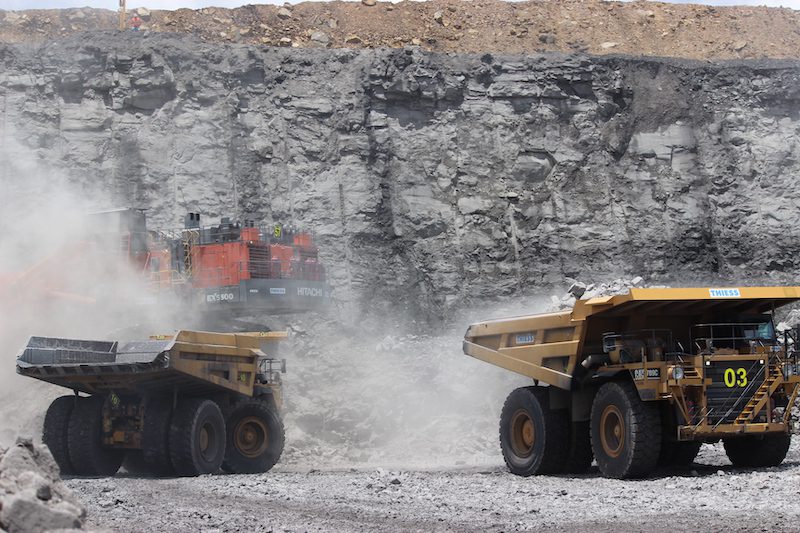 Australian headquartered mining and civil services firm Global Road Technology (GRT), is focusing on the Central Queensland region as it continues to grow its national and international presence.

This expansion comes off the back of renewed national interest in the impact of air pollution on mining workers and communities in the region following the announcement of a number of recent cases of silicosis in the media, again highlighting the dangers of dust particles on human health.

In the context of the Central Queensland Highlands region and within the area of Moranbah in particular, this is important as the often dry environmental conditions found there, combined with the nature of open-cut coal mining create a combination of factors that encourage the spread of airborne dust across the mine-sites and into nearby communities. Recent media articles have highlighted this link and shown that whether they be working at the site during the day, or sleeping at camp or a nearby town, mine workers are being exposed to more harmful dust than previously thought – according to a recent analysis by Associate Professor Gunther Paul from James Cook University.

For GRT General Manager Daniel Grundy, this recent study underpinned the importance of the company’s focus in the region, along with its growth strategy there as it seeks to mitigate the impact of air pollution on the coal miners and the communities that support them.

“This recent analysis of 10-years of research by Associate Professor Gunther Paul was able to estimate the impact coal-mining activity was having on microscopic levels of dust in areas nearby and showcases that as production increases, levels of harmful dust particles, metals and nitrogen oxides also build,” said Mr Grundy.

“What is quite frightening regarding this study is that it infers that miners’ exposure to coal dust has been underestimated and that the occurrence of PM10 (PM10 is particulate matter 10 micrometres or less in diameter, a human hair is about 100 micrometres) is very high in Central Queensland. This study found that four of the five largest producers of PM10 emissions from coal are four postcodes within Queensland’s Central Highlands (the Hunter Valley in New South Wales was number one), for GRT this data presents a challenge that we are keen to take on to utilise our dust elimination strategies in reducing the impact of particulates on the health and wellbeing of mine workers and local communities.”

GRT, is a world-leader in the development of infrastructure and process solutions for the mining, civil and agricultural sectors that minimise safety issues and can be applied across various soil types – making it extremely adaptable – a major reason for its usage within the Australian mining sector.

It has developed a range of innovative chemical additives – GRT: Haul-Loc, GRT: Activate UG, GRT: Ore-Loc, and GRT: Wet-Loc designed specifically for managing and containing dust for the purpose of protecting workers on mining sites and nearby residents and landholders from airborne dust pollution and disease.

Over the past 24 months, GRT has been experiencing a surge in enquiries from the mining, construction and agricultural sectors after a nationwide tightening of legislation in the wake of recent deaths from silicosis and CWP caused by airborne diseases.

This tightening of legislation is spearheaded by the controls outlined by Recognised Standard 20. This Qld legislation – which GRT heartily endorses and can provide solutions for – has a particular focus on dust control in surface mines, as respirable dust is one of the main health hazards for coal mining operations.

According to GRT General Manager Daniel Grundy, now is the time for everyone involved in the mining industry to collaborate in seeking create new industry benchmarks in reducing PM10 caused by mining so as to limit the chances of workers developing mine-dust lung disease.

“We are currently working with a range of stakeholders, partners and communities in the Central Queensland region as we seek to do what we do best – eliminate dust caused by mining activity, so as to remove the risk before it becomes a hazard,” Mr Grundy said.

“Our opportunity in this region is to work with partners, establish agreed-upon monitoring parameters and to achieve the ultimate goal of improving air quality through the usage of our expertise in reducing particulate pollution caused by mining activity. This goal is underpinned by the fact that our products and services meet the stringent safety and environmental requirements laid down by the state and federal governments across Australia – this is why we believe that we are well-placed to support the region in reducing the hazards caused by dust pollution.”