The database, the Global Tailings Portal, was built by Norway-based GRID-Arendal as part of the Investor Mining and Tailings Safety Initiative, which is led by the Church of England Pensions Board and the Swedish National Pension Funds’ Council on Ethics, with support from the UNEP. The initiative is backed by funds with more than $US13 trillion under management.

Professor Elaine Baker from the School of Geosciences is director of the GRID-Arendal office at the University of Sydney and has been a driving force in the foundation of the database, which was launched at Westminster Abbey, London, on Friday.

“This portal could save lives,” said Professor Baker, who is senior expert at GRID-Arendal globally. “Tailing dams are getting bigger and bigger. Mining companies have found most of the highest-grade ores and are now mining lower-grade ones, which create more waste. With this information, the entire industry can work towards reducing dam failures in the future.”

The release of the Global Tailings Portal coincides with the one-year anniversary of the tailings dam collapse in Brumadinho, Brazil, which killed 270 people. After that disaster, a group of institutional investors led by the Church of England Pensions Board asked 726 of the world’s largest mining companies to disclose details about their tailings dams. Many of the companies complied, and the information they released has been incorporated into the database.

Until now, there has been no central database detailing the location and quantity of the mining industry’s liquid and solid waste, known as tailings. The waste is typically stored in embankments called tailings dams, which have periodically failed with devastating consequences for communities, wildlife and ecosystems.

The database will allow users to view detailed information on more than 1900 tailings dams, categorised by location, company, dam type, height, volume and risk, among other factors.

“Most of this information has never before been publicly available,”, said Kristina Thygesen, GRID-Arendal’s program leader for geological resources and a member of the team that worked on the portal. When GRID-Arendal began in-depth research on mine tailings dams in 2016, very little data was accessible. In a 2017 report on tailings dams, co-published by GRID and the UN Environment Program, one of the key recommendations was to establish an accessible public-interest database of tailings storage facilities.

“This database brings a new level of transparency to the mining industry, which will benefit regulators, institutional investors, scientific researchers, local communities, the media and the industry itself,” Ms Thygesen said. 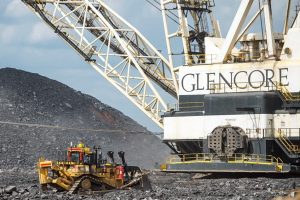