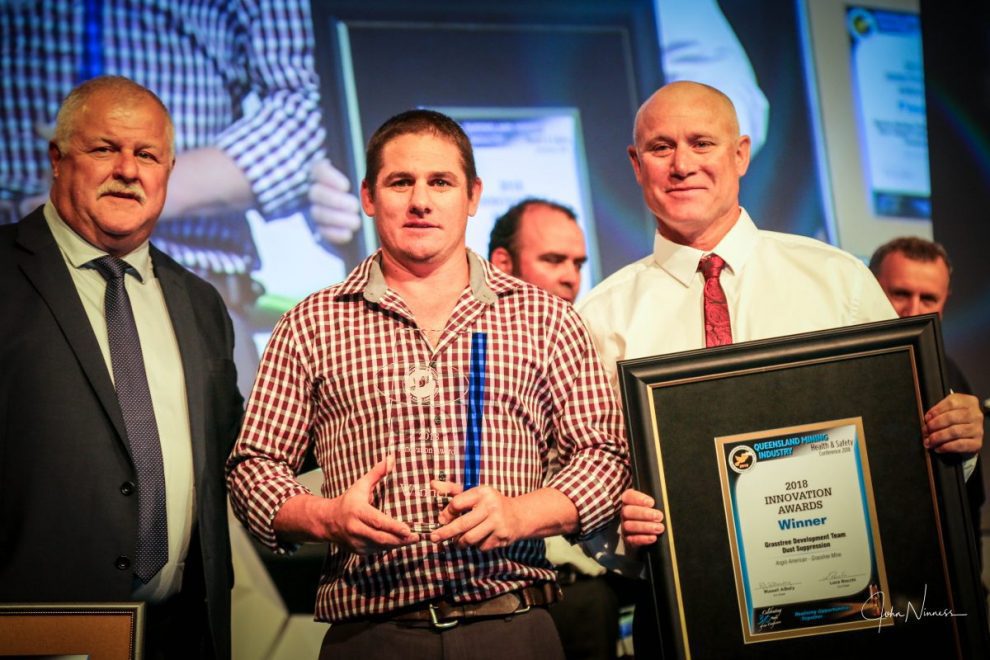 The Anglo American Grasstree underground coal mine has won the top Mining Safety Innovation Award at this years Queensland Mining Industry Health & Safety Conference with a development dust suppression initiative on their continuous miner fleet. The highly coveted trophy is awarded to one recipient who uses innovative work practices to improve work safety at their site.

The site trialled and have now implemented a comprehensive range of dust control systems that examined the application of  spray curtains, enviromist systems and foam to reduce respirable dust levels to acceptable levels. Results of respirable dust sampling taken after the implementation of the innovation, showed no exceedance of current Queensland legislative standards.

Queensland’s Black Lung White Lies report released last year revealed significant issues with Government administrative processes for controlling black lung in Queensland. The report highlighted that “There has been a catastrophic failure of the regulatory system that was intended to preserve and protect the health of coal miners.”

Mining companies across Queensland have implemented significant reviews of practices associated with Black Lung over the last several months.  The Chief Executive of Queensland Resource Council, Ian MacFarlane told AMSJ yesterday that while most of the recommendations of the Monash report on the Coal Mine Workers Health scheme have been implemented and industry has reduced dust exposure levels, ensuring controls are in place for sustainable protections against all mine dust lung disease remains a priority.

NSWRR: Dangerous incident report
HAVE YOUR SAY ON THE FIFO CODE
Comment