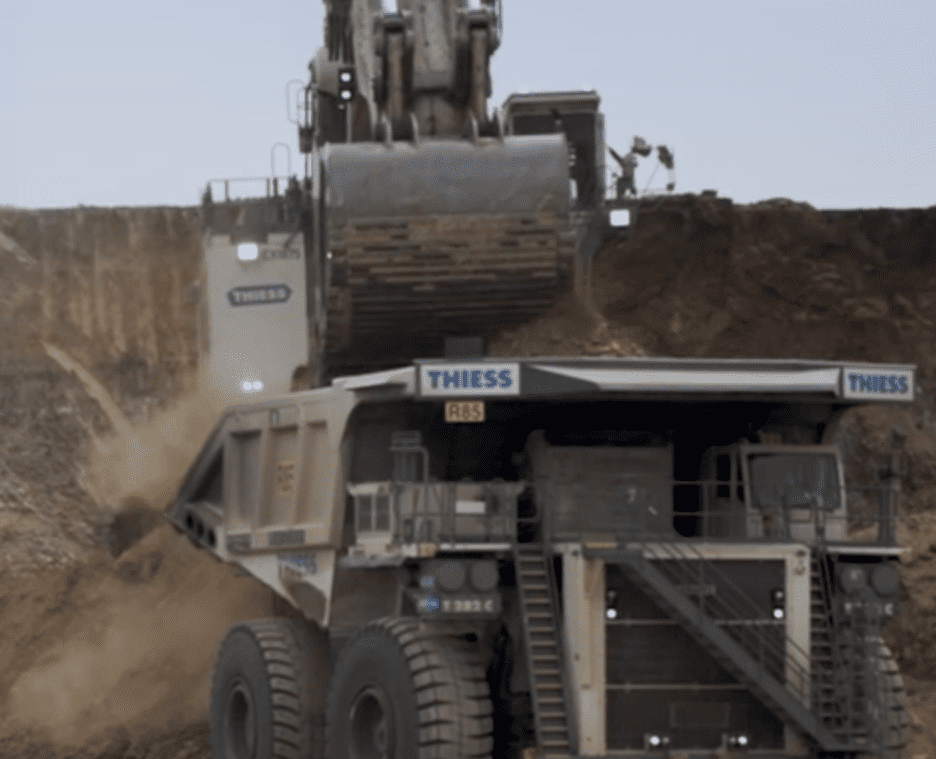 A Rockhampton Court last week awarded a former  Thiess haul truck driver a $720K in damages for a lower back injury that occurred when a large boulder 2-3m was dumped from a digger in the midst of a 75 tonne load.

The incident occurred at the Burton Downs mine on 31 October 2011 however, the incident wasn’t reported until the operator started to experience on-going pain and discomfort following several rounds of treatment.  He reported the incident on the 29th February the following year.

Haul truck driver for just over a year

Mr Krobath, 55, had been employed by Thiess as a trainee for a little over a year when the accident occurred in October 2011. On the day of the accident, he was driving a haul truck at the Burton site hauling overburden. He said he did not notice any pain at the time but became aware of the injury to his lumbar spine while walking the next day.

According to court records, he first sought medical help for back and left leg pain on November 23, 2011, where he advised his Doctor of a  workplace incident involving sudden jarring to his back from loading large rocks. “The plaintiff did not attribute his back pain to the incident alleged in the statement of claim until December 12, 2011,” the decision stated.

Records tendered with the court during the trial show that before he started his traineeship as an operator with Thiess he earned $12,148 gross in 2008 and was earning $134,185 per annum once he finished his traineeship.
The decision handed down by Justice Graeme Crow on December 20 awarded MrKrobath $719,698 for lost wages, medical expenses and other finances.

When questioned why he didn’t immediately report the incident, MrKrobath said while giving evidence at the trial: “Supervisors didn’t like complaints. My position was in jeopardy if I complained or raised my voice too often.”

Justice Crow noted Mr Krobath’s comment was backed by an experienced mine worker who gave evidence during the trial. Mr Hancock gave evidence he attended a pre-start meeting where a haul truck operator had brought up the problem “about large rocks being loaded”, to which the response was that “the foreman at the time pulled all the truck drivers together and said ‘you’re not working in a sandpit, you’re working in a mine’”.

“It is logical that Mr Krobath, having received a vast increase in his income, having trained for and successfully obtained a position as a permanent operator at a coalmine, would not wish to place that high income earning ability in jeopardy,” Justice Crow said.

Digger operators were the kings

Mr Krobath said he did not wish to challenge the excavator operator because as “digger operator on the mine site, they are the kings. If you challenge them, they show you the way out of the door”.

According to court documents he received a 28% impairment as a result of the incident.

Image for representation purposes only.