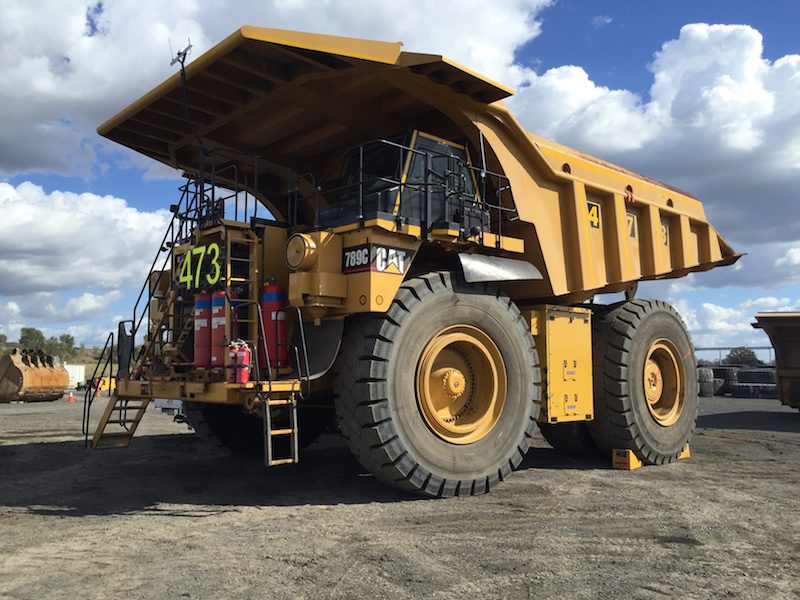 A new hybrid mining truck using high density compressed natural gas is not only proving successful operationally, but it is saving the environment. The truck uses new technology to convert traditional diesel engines to natural gas dominant engines while still keeping the flexibility of diesel as a fuel source. It has the potential to save mine operators 25-30% in fuel savings.

Not since Australia II shocked the sailing world with its ground-breaking keel has an Aussie invention grabbed the imagination of an industry on a global scale.

But now major players in the mining sector are clambering over each other to get a part of the new hybrid truck that has been doing circuits and its share of hard yakka around New Acland mine near Oakey on the Darling Downs for the past two years.

The mine was the place of choice to conduct the trail of the latest innovative technology in dual fuel trucks by project partners Mine Energy Solutions (MES) and Hastings Deering.

General Manager of New Acland mine, David Vink says the project was a great example of industry collaboration.

“We provided the trial site and wherewithal, MES the technology and Hastings Deering the hardware – so to speak (truck and engines).

He explains the revolutionary technology enables the conversion of high horse powered diesel engines from 100 per cent diesel to dual fuel operation, using natural gas as the dominant fuel through sequential gas injection.

“When MES first looked for project partners in Queensland there was no one interested,” David said.

“But we could see the potential for this technology from the outset.

“Now, after nearly 24 months operating on site, clocking more than 6,200 hours, we’ve piqued the interest of the big boys and the sceptics.

“We’ve taken the technology from an R&D project to ready for commercial application. Actually beyond that – it has already been taken up commercially which has signalled the end of the trial.”

David said the trial was originally planned to run for just six months in 2016 but, off the back of data collected as the trial progressed, the technology itself evolved even further.

“The trial is complete, MES’s technology has been proven and we are pleased to be part of this exciting project that is now going global,” David said.

“With over 44,000 mine trucks operating globally(1), this system could remove 21 million tonnes of greenhouse gas per annum.”

“It’s just unfortunate that the uncertainty around stage three continuation project here at New Acland that we are unable, at this point in time, to implement the system across our own fleet.

“We do however see opportunities for us at NAC following stage three approval as well as at our other projects.”

before being rolled out in other parts of Australia and into North America,” David said.

“This is world first technology and we are proud to have been the incubator of it in our own backyard.”

MES Chief Executive Officer, Cameron Smith said the trial had been a success in multiple ways.

“We wanted to see what worked and what we could break in a real-world environment and we achieved that operating at the New Acland mine for 6,200hours,” Mr Smith said.

“Not only did we prove the durability of all the various components but, as we found the weaknesses, we found innovative and practical solutions together with shareholder Intelligas and our partners at New Acland Coal.

“Without the support of the crews at New Acland we couldn’t have got this pilot project to where it is now.”

Mr Smith said the benefits of the HDCNG® project were staggering, both to the resource’s sector and for the environment.

“Not only does the system save money by significantly reducing the amount of imported diesel being used, substituting it with clean natural gas sourced locally – but it reduces diesel particulate emissions by more than 80 per cent and greenhouse gasses by more than 30 per cent,” Mr Smith said.

David Vink said there were a number of other benefits for mining operations that implement the technology.

“Operators reported no reduction in truck performance when operating in hybrid mode and, in many cases, said the engine ran more smoothly,” David said.

“Importantly, during the trial we were Lost Time Injury free at New Acland largely due to the fact many of the systems are automated, including the refuelling.

“Not only did this improve safety for our workers, it cut refuelling times by up to 75 per cent.

“The dual fuel technology and automated refuelling is going to make a massive difference to our sector, in cost, efficiencies and safety.

“And all because a little mine out the back of Oakey and a local technology company out of Brisbane decided it was possible.”