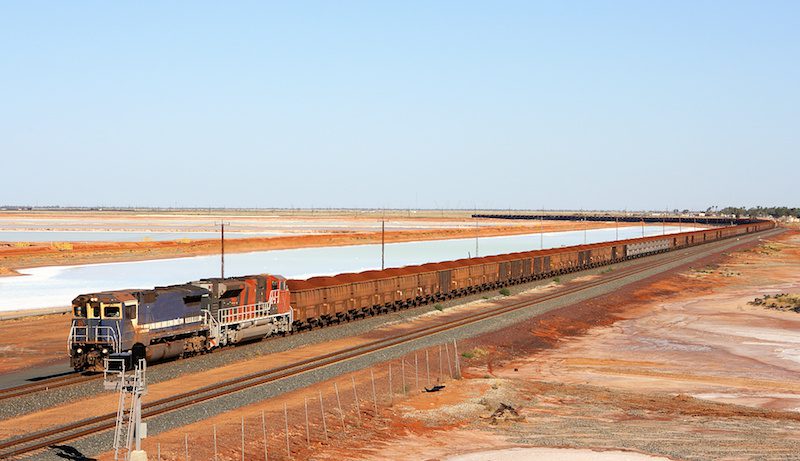 The Australian Rail Safety Regulator has issued and urgent alert to all railway operators following BHP’s runaway train incident. The regulator has highlighted potential risks with electronic systems and the subsequent risks within these systems for rail operators.

The ONSR said that the BHP train received a penalty brake application while operating in ECP braking mode as a result of a disconnected electrical connector between two wagons. The train came to a stand on a gradient.

The driver has alighted from the cab to carry out an inspection. After one hour, during the course of applying the handbrakes, the train rolled away down the gradient. The train was run through a crossover in an attempt to purposefully, and successfully, derail it.

Initial enquiries into the incident have revealed a potential safety issue with respect to the effectiveness of the Automatic Train Protection (ATP) systems when configured for ECP braking.

Trains traditionally operate with a mechanical pneumatic braking system and some rolling stock have been fitted with an electronic overlay braking system commonly known as ECP braking. ECP braking systems that comply with the American Association of Railroads standard AAR S-4200 have a software feature designed to preserve battery life on the ECP fitted wagons by releasing the electronic brakes on a train in circumstances where:

The incident has highlighted potential failures of electronic systems to the not only the rail industry but also the mining industry. Many of our vehicle and other systems are now controlled by programmable electronics. When a fault in software systems occur, failure of these systems can may catastrophic circumstances if safety considerations (such as default to safe mode) are not maintained.

Last week BHP opened up about the causes of the runaway train incident. Read the full article here

Read all our stories on runaway trains