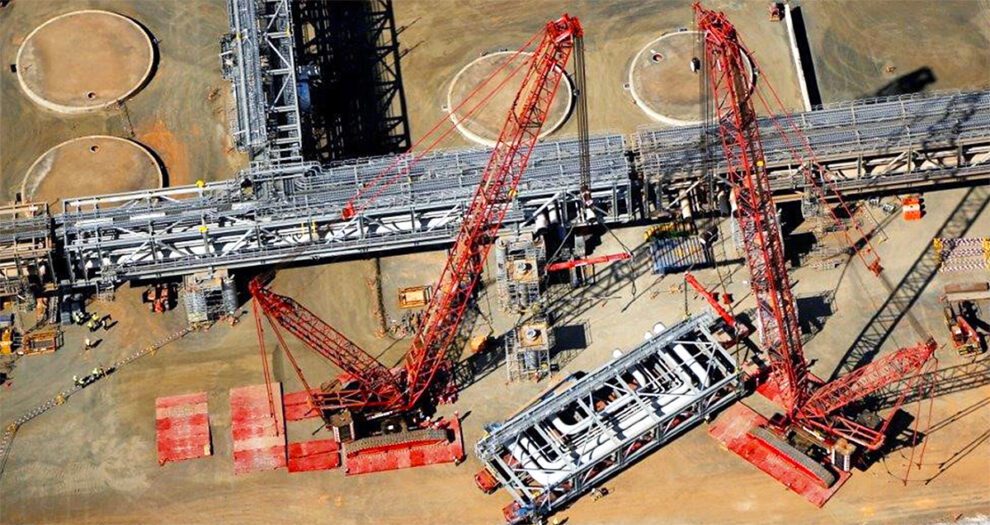 Authorities are questioning a foreign-owned company after reports emerged of a substandard work environment.

Seven West Media understands the accused works for Mammoet and claims the business repeatedly failed to respond to requests for comment at the time of publication.

The proponent postponed disclosing details on exactly which parties were involved in the alleged incident, and would only confirm the accused was temporarily stood down from duty.

“Roy Hill will not be releasing the contractors’ names and will make no further comment while investigations are ongoing,” a spokeswoman said in a public statement.

“The reporting individual was provided with immediate support by their contracting company and Roy Hill, and the incident was referred to the police. In conjunction with the contractor’s employer, the alleged perpetrator has been removed from site and is assisting the police with the investigation.”

The spokeswoman claimed the mine places “utmost priority” on protecting employee physical and psychological safety. Security has been bolstered and guards are available to escort anyone across the work site.

She then invited colleagues to give candid feedback on their experiences at the company, promising no repercussions if they come forward.

“We work hard to provide a respectful and inclusive workplace where every person feels safe, and where they are encouraged and supported to speak up. Any actions contrary to this will not be tolerated,” she said.

The remarks came ahead of a widely anticipated final report on the state inquiry into sexual harassment against women in the fly-in fly-out (FIFO) mining industry.

Nearly 260 individuals claimed they suffered sexual harassment during their time at BHP, Rio Tinto, Fortescue Metals Group, DT Workforce and more. However, none of these employers faced litigation over “unequivocally unacceptable” failures in reporting such incidents at the time of publication.

“It is deeply distressing to hear this new report of sexual assault, it is shocking that it happened at her place of work, and I hope she is now getting all the support she needs,” inquiry chair and State Deputy Opposition Leader Libby Mettam said according to Seven West Media.

The Construction, Forestry, Maritime, Mining and Energy Union (CFMEU) revealed sexual harassment exists at nearly every mine site across the nation.

“There is no sense of community at all,” he said according to the media outlet.

“People are alone amongst a crowd and that is exactly the environment that we know undermines protective factors that would otherwise prevent antisocial or abusive behaviours.”