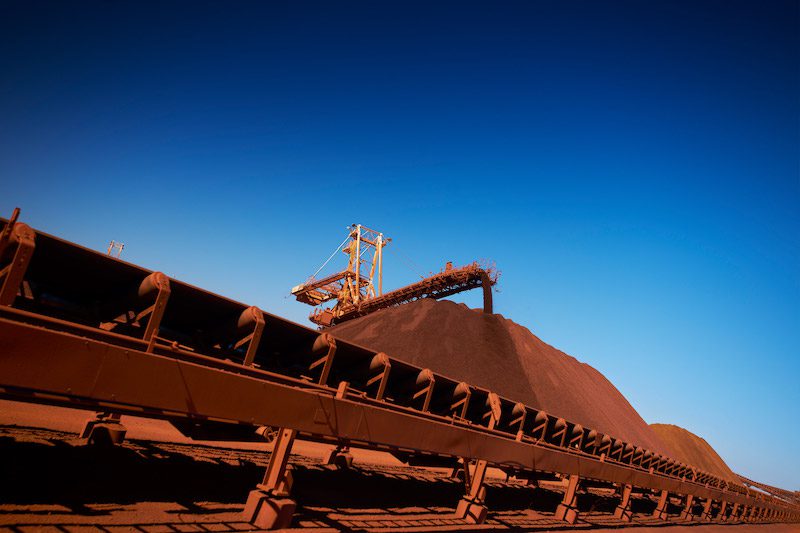 Global iron ore prices have hit record highs, surpassing the previous record from a decade ago and providing a welcome boost to Australia’s resources sector as the world recovers from the impact of the COVID-19 pandemic.

Australia is the world’s leading iron ore producer and exporter, with the stronger prices helping to push Australian export values to an expected new high of A$136 billion in 2020-21, up from the previous record of A$103 billion in 2019-20.

Minister for Resources, Water and Northern Australia said: “the higher prices reaffirmed Australia’s position as a reliable and stable supplier and underlined the sector’s role in supporting Australia’s economy throughout the COVID-19 downturn.”

“It accounts for around 10 per cent of Australia’s GDP and directly employs around 262,000 Australian men and women, mostly in regional areas, and supports more than a million other jobs,” Minister Pitt said.

“Iron ore remains our single largest commodity export and it is forecast to earn Australia around  A$700 billion from this financial year to 2025-26. Iron ore supports 45,600 direct Australian jobs.

The price has risen by 21 per cent since the start of 2021 and more than 130 per cent over the past year. Futures prices on the Singapore and Dalian exchanges are also at historical highs.

“I congratulate the sector for the work it’s done to remain a stable and reliable supplier during the COVID19 pandemic.

“Iron Ore is big part of the resources sector that is forecast to contribute $296 billion in export earnings this year and in Western Australia, it is carrying the state’s economy through the coronavirus pandemic, providing approximately a quarter of the state government’s revenue.

“Lockdowns would be causing a lot more economic pain without the significant contribution of resources, and in particular iron ore,” Minister Pitt said.

With most iron ore contracts priced in US dollars, Minister Keith Pitt said Australian producers are also benefitting from a lower Australian dollar averaging US$0.77 so far in April 2021 compared with US$1.02 back in February 2011.

He said the high iron ore prices are being driven by strong Chinese production and demand for steel as well as ongoing supply shortfalls from the world’s second-largest exporter Brazil.

Steel production in China hit a near record 94 million tonnes in March, up 19.1 per cent on the past year. Steel prices in China are also showing significant strength.