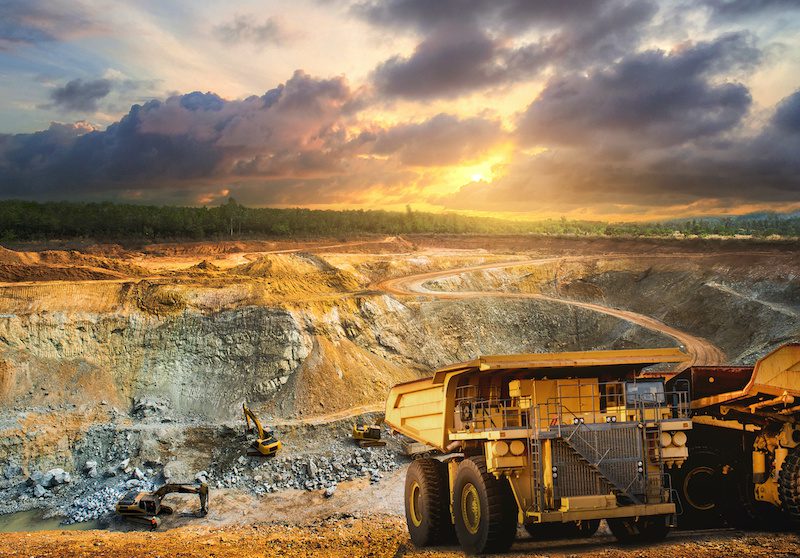 This year’s Australian mining risk outlook is a story with two major themes according to the latest KPMG Australian Mining Risk Forecast 2021 – 22, released on 22 June 2021. The findings show significant challenge for miners on the one hand but strong and evolving opportunity on the other.

Commodity price risk was again in first place as the top risk in this year’s forecast. At the same time, surging commodity prices, across a number of commodities, have thrown opportunity to the Australian mining sector – as has a new lens on climate change that is moving the focus from global cooperation to global competition.

KPMG Australia’s newly appointed Head of Mining, Nick Harridge said that the rise in demand and increasing prices for some of our key commodities had been spurred by stimulatory spending.

“We’ve seen investors seek safe havens in commodities and new demand for the raw materials necessary to drive the zero carbon transition. The COVID-19 pandemic that came upon the market suddenly in the first quarter of 2020 also brought with it an opportunity to reassess traditional established practices and norms in the Australian mining sector.” Mr Harridge highlighted that, overall, this year’s Mining Risk Forecast finds Australian mining executives aware of the changes facing the sector, but also optimistic about the ability of their company and their industry to respond.

On the challenge side, Caron Sugars, Partner and Mining Risk & Governance Lead at KPMG Australia agreed that in the past year, the mining industry had faced a range of COVID-19 pandemic issues leading to intensified risk and governance focus in the boardrooms of miners. “These have included shortage of workers, ensuring wellbeing of people, supplier and liquidity risk. We would also call out a broadening of risk in the technology space with higher levels of cyber risk – particularly given the surge in digitization more broadly.”

Ms Sugars said on the other side of the risk curve there was optimism amongst Australian mining leaders with the challenges and pandemic responses throwing up key opportunities to address ESG and cultural issues. On this theme, Mr Harridge noted the burgeoning of iron ore prices but at the same time, the ongoing focus on commodity price risk.

“Whilst it may be surprising during these times to see commodity price risk reclaim top spot on the list, industry veterans will be very aware of the cost blowouts and inefficiency that can creep into systems and practices during upswings,” said Nick Harridge. “The risk here is that it leaves companies vulnerable when commodity price momentum shifts direction.”

He also noted that the ‘operating costs’ risk had dropped out of this year’s top ten: “Depending on where prices go over the next 12 months, we believe operating costs risk may emerge with renewed focus and we suggest Australian miners be alert to that. In addition, we believe now is the time for mining companies to maintain rigour on updating and improving the efficiency of their operations, even though the imperative may not feel urgent. Maintaining discipline and streamlining processes today will deliver a stronger position when times change.”

The number two risk this year jumped from sixth position last year as success in mining this century is increasingly defined not just by profits but by more holistic factors.

“Maintaining a social license to operate looms as an ever more complex problem for executives to deal with,” says Caron Sugars. “This is further complicated by the increased risk related to the need for diligent management of sites with cultural heritage significance and the fact that community groups, activists and investors have also joined the push for mining companies to take greater responsibility for the land and the people impacted by their operations.”

Mr Harridge noted this was affecting capital flows, once influenced principally by commodity price, investors were now applying more weight to ESG matters when making decisions about where to deploy capital. “It’s significant that an overwhelming majority – 92 per cent – of those surveyed indicated that ‘the ability for mining companies to achieve success in the long run is also becoming increasingly dependent upon their ability to define success in a broader term than financial, and look more holistically at all stakeholder returns including government and communities,’. That certainly broadens the focus in terms of capital issues,” he said.

Importantly the KPMG Risk Forecast found that 88 per cent agreed it was important for mining companies to have a clear and measurable ESG statement. However, adding ambiguity for the sector is that 64% noted that investor ESG expectations and measures are not clearly understood, nor consistent across the market.

Notably, global trade war and global pandemic share third position on the survey. The global pandemic is a new risk this year and the mining sector has demonstrated great agility and skill managing during the pandemic. It has awoken the sector to the threat of pandemics in general.

Caron Sugars said: “With global health experts warning the next pandemic is a case of ‘when’ and not ‘if,’ executives understand how swiftly theory can become reality. At the same time, the global trade war situation is arguably an even more complex scenario to grapple with. In KPMG’s Global Mining Risk Survey March 2021, it wasn’t considered a top five risk factor but here in Australia it is looming larger.”

While the new Biden-era has diffused much of the geopolitical heat around a trade war between China and the US in Australia, the relationship with China has reached a low point according to Dr Merriden Varrall, Director of KPMG’s Australia Geopolitics Hub. “Trade barriers, tariffs and restrictions on key Australian exports to China remain a very real concern.”

Nick Harridge said that the risk landscape captured in the latest KPMG Mining Risk Forecast also highlighted the fact that only a small number of nations – including Australia – hold deposits of minerals like lithium, graphite, vanadium, cobalt and indium capitalise.

“We are already witnessing a shift in demand for these critical minerals as they will play a key role in the global move to zero carbon,” said Mr Harridge. “We believe copper, nickel, and rare earths will continue to see surges in demand because of their use in renewable energy infrastructure and batteries.”

Mr Harridge and Ms Sugars both agreed that in risk terms, the challenge for modern mining companies was to ensure that as a producer of these metals Australia could collaborate constructively with industry to do its part in ensuring the world can access the resources needed to keep pace with the transition to a low carbon world.