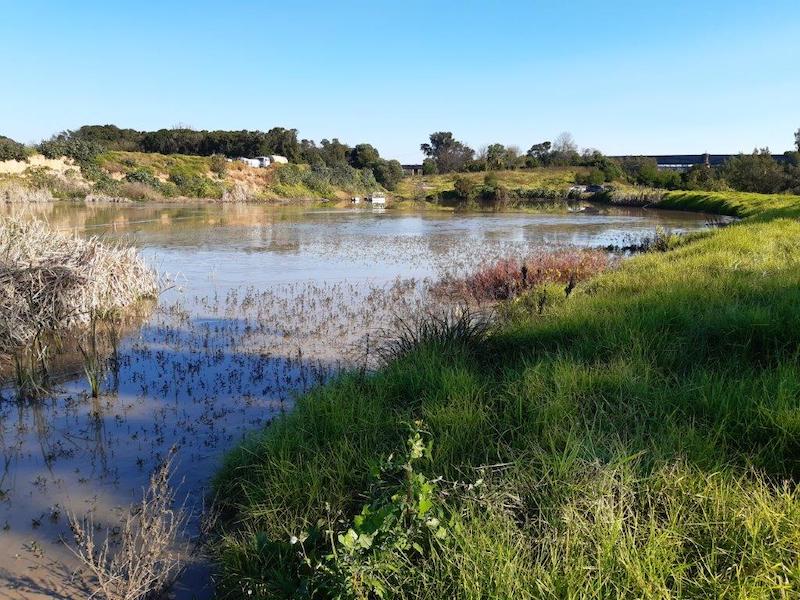 The NSW Environment Protection Authority (EPA) has fined Menangle Sand & Soil Ltd $15,000 after overflowing from a dam that holds turbid or muddy water allegedly discharged into the Nepean River.

The quarry on Menangle Road holds an Environment Protection Licence to operate sand and soil extraction which involves the “washing” of the extracted sand.

The licence does notpermit the discharge of any muddy water but between 3-5 June 2020, turbid water was allegedly discharged from a dam at the quarry into the Nepean River near the Menangle Road river crossing.

EPA Director Regulatory Operations Giselle Howard said that while the environmental risk was assessed as low, the quarry was not licenced to discharge any turbid water.

“EPA inspections on 5 June did not identify any obvious impact to aquatic life but there may have been short term impacts in localised parts of the river from the alleged pollution.

“The quarry operator has admitted the incident and said it was caused by a communication breakdown which left a pump running, allowing a dam to overfill, which discharged into the Nepean River.

Penalty notices are one of a number of tools the EPA can use to achieve environmental compliance including formal warnings, official cautions, licence conditions, notices and directions and prosecutions. In this instance, the EPA issued a penalty notice. The notice recipient may pay the penalty notice, seek a review, or elect to have the matter determined by a court.