AMSJ » What is the price of a fire? 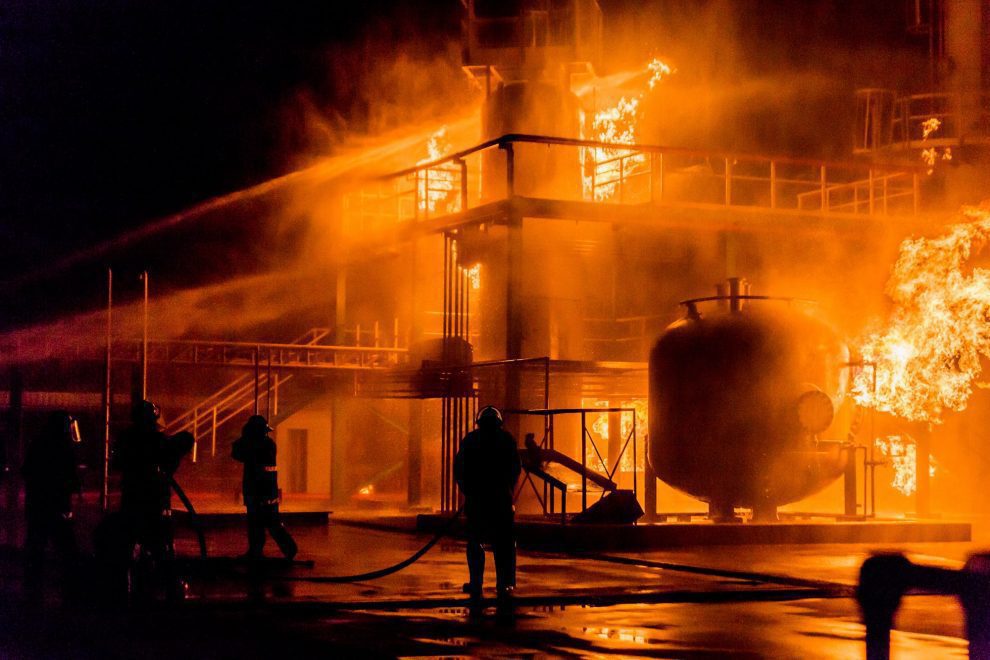 Mine site fire is one of the biggest threats to operations, production and employee safety and can undermine assets in a matter of hours.

According to an estimate of Engineer Live, in the last decade mining fires caused damage ranging from a few million dollars to up to $125 million dollars.

A compilation of fire incidents in the mining industry between 2013 and 2019 reveals the price of a fire in different areas of the mining site. The business interruption costs and associated property damage caused by the fires can vary as detailed below:

The financial loss, threat to human lives and interruption in the production have serious consequences. The size and remoteness of mining sites, the expensive machinery and the costly downtime makes it essential to safeguard against fires.

Other heavy industries have also been critically impacted by recent fires. The fire in the port of Beirut in Lebanon (5th August 2020) as well as the fire in Cork Harbour, Ireland (9th January 2021) on a grain handling plant, pointed out the danger a fire imposes to human lives, the environment and the local community in general.

In the Beirut case, a fire was responsible for igniting a large initial explosion, followed by a series of smaller blasts that generated a critical situation for thousands of people who worked at the port or were in nearby areas. In the Irish case, it is said that the lack of communication played a significant role in the early stages of the fire as the residents did not have information about where the fire was or where it was leading, posing a real risk to the local community. The accidents indicate that fire prevention might be in the centre of the heavy industry’s agenda in order to prevent other incidents in 2021.

In the mining industry, fire hazards have high occurrence in and around process plants, conveyors, mobile plant and switch rooms among others. Current approaches to fire detection in mines usually:

Some issues to be considered on mining sites include the fact that a fire on a conveyor can start from multiple sources, including the material being transported, overheated drive pulley bearings and smouldering dusts. Due to the conveyor’s long lengths (up to 10 km), bends, slopes, shielding barriers, roof covers and harsh conditions, traditional fire and environmental monitoring may not be as effective. Existing technology also incurs prohibitive costs for supply, installation and maintenance, for only partial point solutions. The overall result of this scenario has been inadequate fire detection systems – and in most cases no system at all.

This has prompted the mining regulator to recommend in their guidelines that mining organisations look at additional systems for early warning and real time fire detection. Due to our strong mining experience, we understand the challenges faced in detecting equipment failures early, especially overheating of rotating equipment.

Advancements in Photonics Technology allow us to prevent these accidents

Nowadays the fibre optics system helps save lives, safeguard assets and protect the environment. The cutting-edge technology addresses these challenges by offering real time monitoring for early abnormal heat build-up before a fire actually happens. Therefore, this provides comprehensive data in the form of heat build-up location, temperature and where the fire is heading to. The system is effective not only to detect fires once they ignite but also to prevent them once certain conditions start.

Although it is hard to set a real price of a fire or accident, the latest events indicate that they pose a high cost to companies and society in general. Without mentioning the loss of lives which are of immeasurable value and the consequences to the environment and local communities that take years to be recovered. By improving the safety standards and applying the right technologies in the industry we can now create a better future with the best fire detection technology for long distances.

Advanced Photonics Australia provides cutting-edge technology to safeguard your operations and people. The solutions can be applied to detect and prevent fires in mines, as well as other industry applications such as pipeline leakage detection, power cable and transmission line hotspot and load management. Contact Advanced Photonics Australia for more information. Our experienced team will provide the right support on each product application and answer any questions you might have.