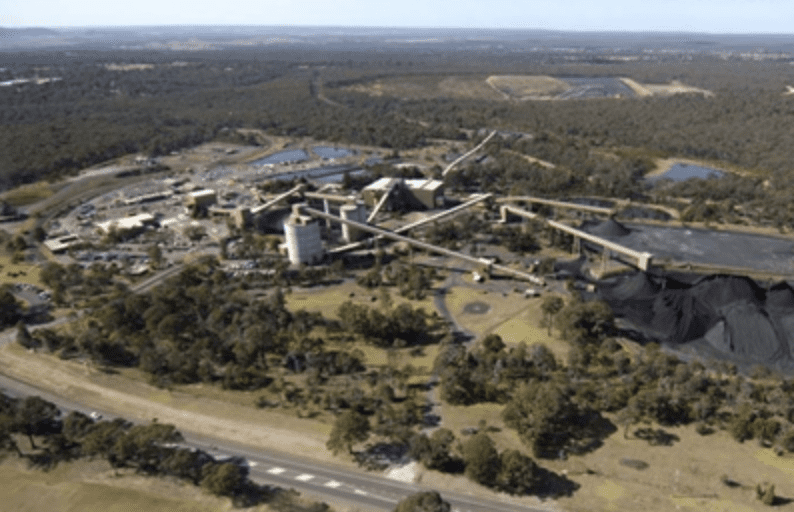 A rescue operation is underway tonight for two miners trapped in a lift shaft underground at Glencore’s Tahmoor Colliery south west of Sydney. NSW Police confirmed tonight that they were called to the site around 5pm and have setup an emergency operation to extract the men.

It is understood that the men were in a lift cage and there was a mechanical issue with the cage friction winder during descent which tripped out a protection system. Both miners trapped are believed to be fine and have been in constant communication via radio with the surface personnel.

Four fire rescue crews are on site, including specialist rescue and technical rescue units from Liverpool and Picton.

“We’re getting out kit out there, working with the mine people and doing our risk assessment and making sure everything’s right before we go ahead with the rescue,” Supt Jarrett from NSW Fire & Rescue said.

“At this point, they’re setting up a secondary crane system to assist in the removal of the cart.”

A spokesperson for SIMEC Mining told AMSJ that “The employees are uninjured, and their families have been contacted and are being regularly updated on their status and the progress of the response.

“As always, the safety of our employees is of utmost importance, and we are working in conjunction with external emergency services to develop plans to bring the two employees safely to the surface.

“The lift … came to rest more than 150 metres from the surface when its protection systems engaged,” he said.

“The lift has been isolated both electrically and mechanically and has been stabilised. Two?way communications are in place between the lift and the surface, and the two mine employees are assisting with the response.

During our conversation with Tahmoor Colliery late this evening we were advised that it is expected they will be retrieved via an external crane later tonight. A spokesperson from the mine advised AMSJ that “The boys are all fine and their wives had suggested that we leave them there.”

It is believed a review of the failure will be conducted by the NSW Mines Inspectorate with a view to identifying causal factors. Some industry experts have indicated that current NSW standards for friction winders are outdated and haven’t kept pace with international standards.