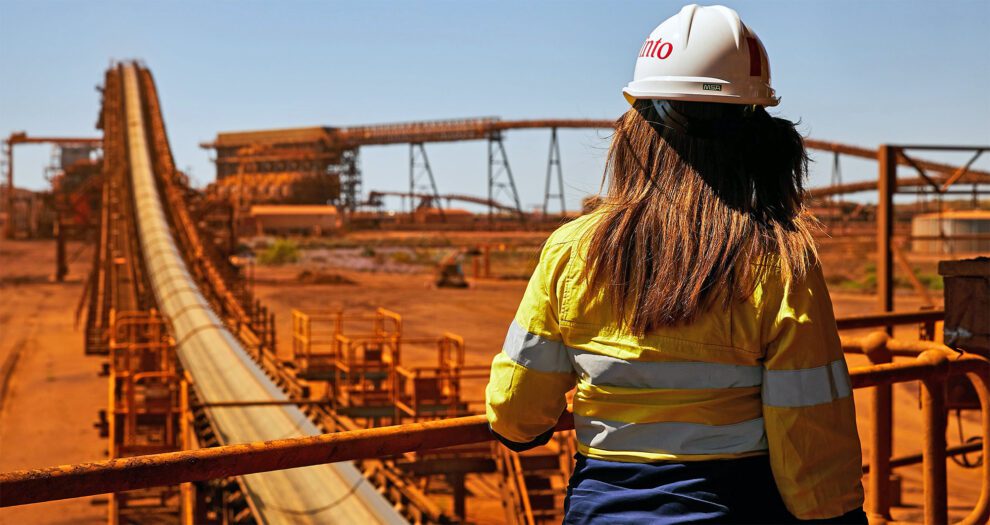 A multinational resources company has confessed to providing a substandard environment to employees.

Rio Tinto confirmed 28.2 per cent of females and 6.7 per cent of males recently experienced sexual harassment in the workplace.

An eight-month review found 21 women claimed they experienced actual and attempted rape or sexual assault during the past five years at work.

The external investigation, led by former Sex Discrimination Commissioner Elizabeth Broderick, successfully substantiated one case of sexual assault and 29 cases of sexual harassment within Rio’s fly-in fly-out operations since the beginning of 2020.

“When I first started [here], one of the men … asked me for a blow job. I told his direct report and leader who said ‘I am sure he was just joking [and] we will make sure you are not alone with him,'” one victim said in the latest Report into Workplace Culture at Rio Tinto.

Other whistleblowers claimed they routinely avoided staff dining and exercise facilities, and outings due to bad experiences.

“There is no way I will go the mess or the gym when it is full [of men] … I often bring my dinner back to my room and eat in here, or just skip it altogether,” one woman said in the report.

“[While] walking to room in camp … [some] men [were] calling to me to join them for drinks [and] me politely declining then being called a frigid bitch,” another woman added. “Aggression is scary, there were five of them, big, strong males, and they were just outside my door. I felt intimated and unsafe.”

A different woman claimed she regularly phoned her husband, or brought a coworker, to feel safer while walking back to her accommodation.

“I had to walk past the bar, literally one metre from the bar, on a path approximately 50m-long to get to my room. The men would sit on the stools and watch every single female that walked past [and] some made comments [like] ‘what’s a hottie like you doing here’ and ‘do you come here often?’ and ‘god damn,'” she said.

“[I] would call my husband and say ‘I am walking past the bar please stay on the phone.’ I ended up feeling so uncomfortable that I started making sure I had a buddy to walk to dinner and back with every single night – even when it was not dark.”

The review also found almost half of more than 10,000 Rio team members surveyed complained about suffering workplace bullying and sexism. Almost 80 per cent of the employer’s 45,000-strong workforce is male.

Respondents were most concerned about the lack of security in wash cabins. Management’s cavalier attitude towards modifying amenities allegedly forced multiple woman to walk long distances to a different bathroom.

“We have contractors walking in on us in our bathrooms; we have been demanding locks; we could not get a secure toilet; we do not have female bathrooms because we cannot lock the doors,” one employee said.

“We have raised the issue and we keep being told there is no money to do this. [Supervisors tell us to] ‘walk across the site to use a different bathroom’. The walk can be 20 minutes because the site is 2 kilometres long.”

Others expressed concern about the lack of empathy during supervisor interactions.

“I had another colleague in management who would constantly bring up that I had extra weight, would ask me if I ran … was on a diet and so on,” one woman said.

“I have been approached [in a sexual way] by leaders a number of times and never reported it,” another woman said.

Victims want management to action complaints and provide feedback in a timely manner. They hope this might reduce their “anxiety” and “fear of going to work”.

“[As] a victim of sexual harassment in the workplace, I was left to not only solve and manage … the problem myself but was also left in a hostile work environment with zero support from my management team to assist me in the situation, leaving me feeling unsafe and vulnerable,” one whistleblower said.

“I was never asked for a statement, was never reached out to by human resources, and was never given any formal information of the discussions had.”

“I feel shame and enormous regret to have learned the extent to which bullying, sexual harassment and racism are happening at Rio Tinto,” he said in a public statement.

“I offer my heartfelt apology to every team member, past or present, who has suffered as a result of these behaviours. This is not the kind of company we want to be … [and] I am grateful to everyone who has come forward to share their experiences as we go about this vital work.”

An initial $1.9 million in taxpayer funding will boost mental health, drug and alcohol and other health and safety initiatives.

The State Department of Mines, Industry Regulation and Safety’s enforcement model and processes will handle allegations of sexual harassment and assault. The department will manage the program in partnership with the Mental Health Commission, Equal Opportunity Commission and State Women’s Interests Minister Simone Gurk.