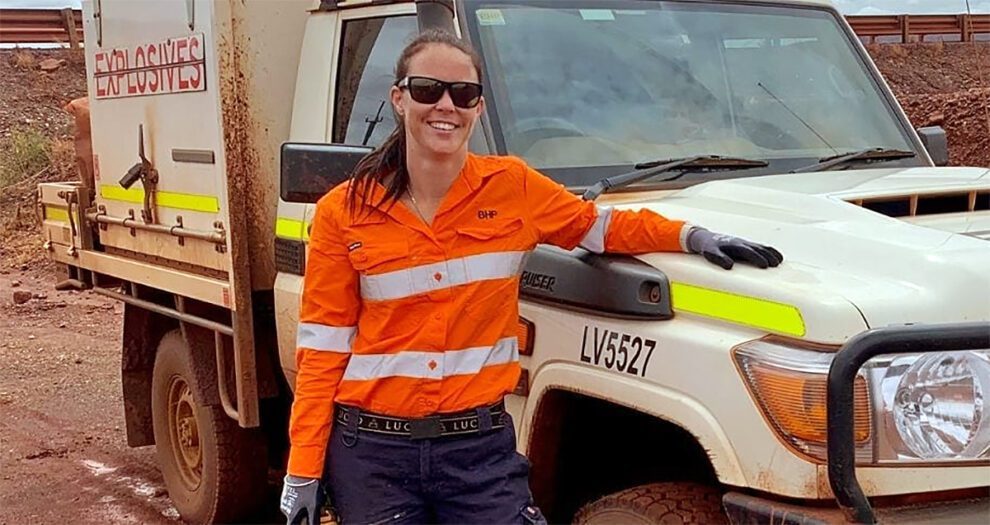 A multinational resources company elevated a perseverant and vigilant worker for her earth-shattering performance.

BHP recently promoted Tamara Needham as the company’s first female shotfirer at its Newman Operations. She started as a greenhorn four years prior and diligently worked her way up to assistant before finally being appointed to her latest role.

“I have put in the hard work to get where I am. I started as a trainee and then became a shotfirer’s assistant, all while training to become a shotfirer myself,” she said in a public statement.

Her duties include calculating the number of explosives required to quickly remove large volumes of soil, rock and other unwanted material from the mine site. She is responsible for meeting workplace health and safety regulations before positioning and detonating explosives.

After the blast is complete she also must inspect the area for undetonated explosives and ensure the site is safe for other work to continue.

“I love the day-to-day responsibilities of shotfiring, which involves making a plan for the day and working collaboratively with the team to achieve our goals and targets,” she said.

“I also really enjoy blasting day because it is really rewarding to see it all come together and watch as everyone’s hard work pays off.”

Needham revealed effective teamwork is her secret of success.

“I am so thankful to my team for supporting me while I achieved my goals – they really have been like a second family,” she said.