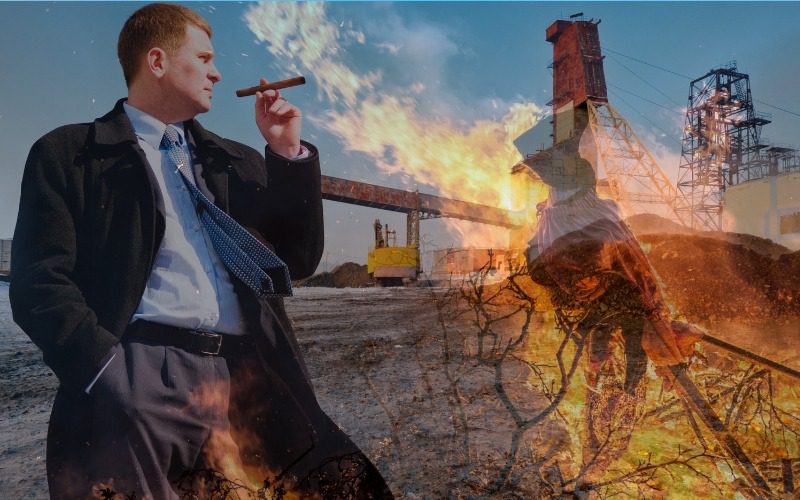 STORY UPDATED 26/10/2018 Peabody Energy (NYSE: BTU), the Queensland Government and the CFMEU have remained tight lipped regarding the future of the North Goonyella mine following the underground mine fire that developed in September and, has reportedly continued smouldering through October. AMSJ can reveal that efforts to control the fire appear to be working.

Unofficial reports in on the 25th October indicate that the GAG Jet inertisation has been placed in standby mode and the fire situation is now stable.  Remaining longwall components that were in the immediate fire zone have been sealed underground and may not be retrieved by Peabody Energy.

The site has been reportedly pumping significant quantities of high MPA concrete & fly ash down boreholes to underground to progress a permanent seal of the fire area. The existing temporary seals are not believed to be sufficiently secure to maintain a stable seal at the fire site. The concrete setting time will be in order of 1-2 weeks, dependent on a range of conditions. It is believed that the site has not re-commenced operation of ventilation fans at this point due to concerns that fresh air may penetrate existing seals and the fire may re-ignite.

In the midst of the work being conducted onsite, industry insiders have told AMSJ that Peabody may have been pursuing a witch hunt for media leaks in the wake of the mine fire.

The Queensland Department of Natural Resources, Mines & Energy may have also embarked on its’ own witch hunt to identify leaks to the media. An industry insider has told AMSJ that Simtars management have questioned staff regarding statements and contact with the media over the event.

Australasian Mine Safety Journal also received comments on its’ website in recent weeks concerning the fire which claimed to come from a Peabody mine official in Moranbah however, when the source IP address was tracked through our website, the comments have appeared to originate from a Redbank location. We have chosen not to report those comments.

We have also been advised that Peabody have spoken to staff and have indicated that they (Peabody) “owe it to the industry” to control the fire and re-commence mining at the North Goonyella site. Speculation remains rife across the coal industry regarding Peabody’s plans for the mine and the potential cause of the event.

Peabody’s insurers are set to carry substantial losses regarding the fire and may well be keen to identify causative factors. Insurers may also seek to identify contributory negligence for the event and may be lining up both the CFMEU and Queensland Government for their role in signing off the plans that resulted in the multi-million dollar debacle.

Note For Readers: General information provided in this article has been provided to AMSJ by industry sources. We note that the reports are unofficial and we have sought comment from relevant parties to no avail. We have sought to publish the information we received in public interest however, we stress that the information provided is general in nature and should not be relied upon for for the purposes of investment or other financial decisions. We acknowledge the work of mine workers and other incident personnel who have sought to manage a difficult and challenging situation.

UPDATE 26/10/2018 08:14 AEDT: PEABODY ARE NOW RELEASING PUBLIC UPDATES ON THE NORTH GOONYELLA COAL MINE FIRE. AMSJ HAVE EXPRESSED OUR CONCERN OVER THE COURSE OF THE EVENT WITH REGARDS TO PUBLICLY AVAILABLE INFORMATION.  WE ARE ENCOURAGED THAT PEABODY HAVE EVENTUALLY SOUGHT TO CORRECT THIS SITUATION AND ARE PROVIDING UPDATES TO STAKEHOLDERS.  FOLLOW THIS LINK TO FOLLOW UPDATES