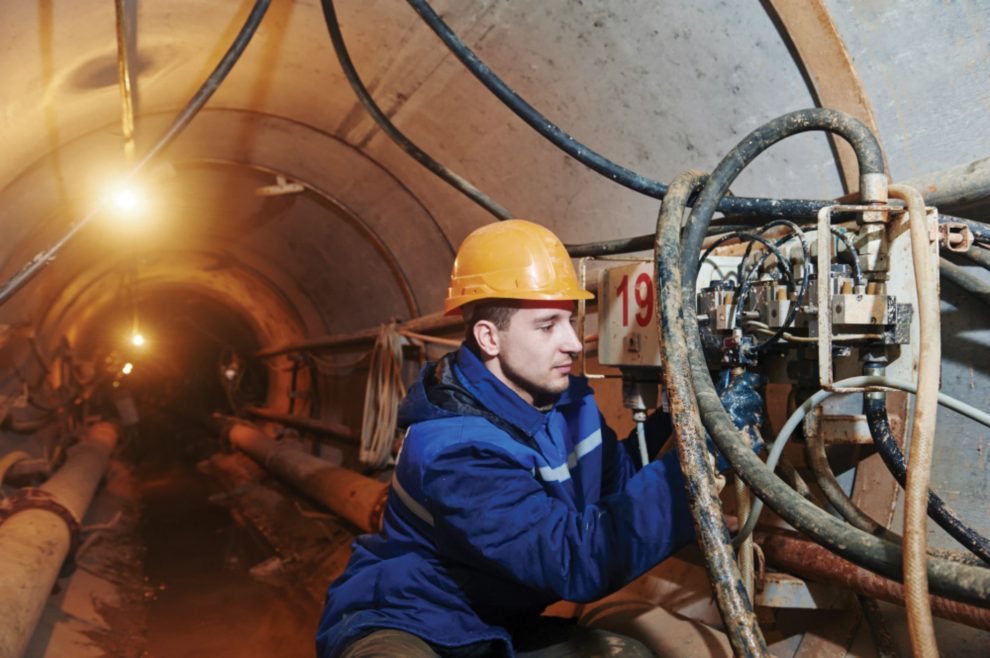 With an ongoing drive for safer, more productive, and economical mines, there is a need for the practical application of existing technology and the continual development of new underground communication system technology.

The Wi-Fi Underground Communication System (UCS) was developed by Powertec Telecommunications in conjunction with our resellers for a client to improve their current method of communication when staff were traversing underground tunnels.

The client brief was to update communications when traversing through the network of underground tunnels by replacing the UHF push to talk/2way radio system used to communicate between the surface and the traverse teams.  The UHF system was used primarily for voice communications and was unreliable and only operated in short range.

Powertec suggested Wi-Fi as an option and worked with the client to arrive at the solution.  Wi-Fi initially had its own challenges – it had to operate above and below ground, the best frequency had to be determined and it needed to be reliable over some very adverse terrain.  One issue imperative to address was how to create a closed loop IP Network to allow handover from end to end.

The UCS was pre-configured and provided as a boxed solution in a high impact Pelican suitcase.  Altai Super WiFi products were chosen for to their proven carrier grade performance to increase capacity and extend coverage.

Altai A2: The Altai A2 is a powerful access point/bridge solution with an integrated 5GHz backhaul radio and antenna, designed for micro WiFi coverage and high throughput PTP/PTMP bridging. The A2 includes a MIMO 2.4GHz 801.11 b/g/n radio with a set of 2 antenna ports, and a MIMO 5GHz 802.11a/n radio with an integrated dual-slant high-gain antenna, making it a simple-to-deploy solution for remote micro coverage with integrated backhaul.

Altai C1an / C1xan: The C1an and C1xan are high-performance WAP’s designed to increase WiFi signal strength (transmission and reception) as well as the client’s throughput. They can be configured as AP, STN, Repeater Bridge.

The Altai Super WiFi Underground Communication System was tested head to head with alternative competitors and outperformed across the board with ease of operation, coverage and signal strength.

It was determined that using the 5ghz was the optimal frequency as it tends to reflect off surfaces rather than penetrate – a benefit when working with underground tunnels that are not straight. The positioning of the Altai products above and below the ground produced a closed loop IP network that the ICOM Wi-Fi push to talk hand phones could operate on.

A modified battery powered Altai C1xan with external antennas was added to the backpack of the underground staff. This acted as a repeater for the signal from the A2 that was positioned at the access point at the tunnel entrance.  As the team traverses the tunnel completing their investigation, the C1xan reaches a predetermined threshold and then switches over to the next A2.

The handover threshold in this instance occurred at 1250 metres into the tunnel from the starting point.

It would not be uncommon for 24 people to spend the day investigating one 2km length of tunnel, tunnel traverse teams each supported by engineers, chemists, communications specialists, and underground rescue specialists. If any issues were identified, that number could grow as additional specialists may be needed at the site for consultation.

Utilising the Wi-Fi UCS can eliminate the need for engineers, chemists, management and other staff to be onsite. The access to Wi-Fi now provides open communication and data from the underground traverse – vision, voice, video, monitoring, air quality sensors and more. Providing live access but no need for staff to leave their offices.

The Wi-Fi Underground Communication System resulted in cost savings, increased productivity and improved staff conditions. Where you have a job that can be run from a packet switch network there is no need to send everyone to do the work. You can utilise vision and data from a UCS system to improve the access and save money. Powertec can assist with your proof of concept, design, installation and configuration of the Wi-Fi Underground Communication System with access to a number of Wi-Fi specialists across Australia.