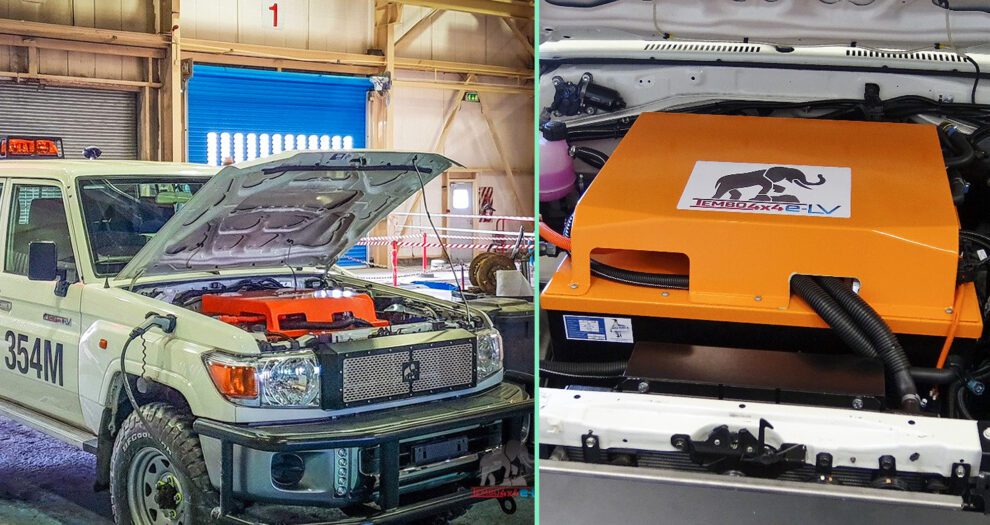 A mining magnate will transition away from diesel at multiple operations.

The supplier owned by US-headquartered VivoPower International will deliver electric vehicle conversion kits. They allow existing engines, gearboxes and transferboxes to be replaced with a new E-motor – fitted on a 1:3 reduction gearbox with a genuine Toyota full-time 4×4 transferbox.

“This combination eliminates engine oil changes, clutch and gearbox repair, and no winding up from the front driveline that will save constant velocity joints – and drive much smoother when cornering,” the Tembo website said.

“The E-motor has a huge braking capacity of 75 kilowatts (kW) taking over 90 per cent of the vehicle braking, saving the standard service brakes. All components are treated for high corrosion resistance.”

The motor has a maximum torque of 220 newton metres and boasts 12 revs per minute. The battery has a nominal capacity of 72kW per hour and lifespan of up to 10 years.

The vehicle also has a maximum range of 200km, towing capacity of 2.5 tonnes, top payload of 904kg, and maximum gradability of 25 per cent.

It is also touted to be safer thanks to speed limiters, onboard diagnostics, and heavy duty and both water- and dust-proof battery housing.

“With the opening of borders across Australia and Southeast Asia, we have been increasing our engagement with other groups and expect to be announcing additional orders in due course,” VivoPower executive chairman and CEO Kevin Chin said in a public statement.