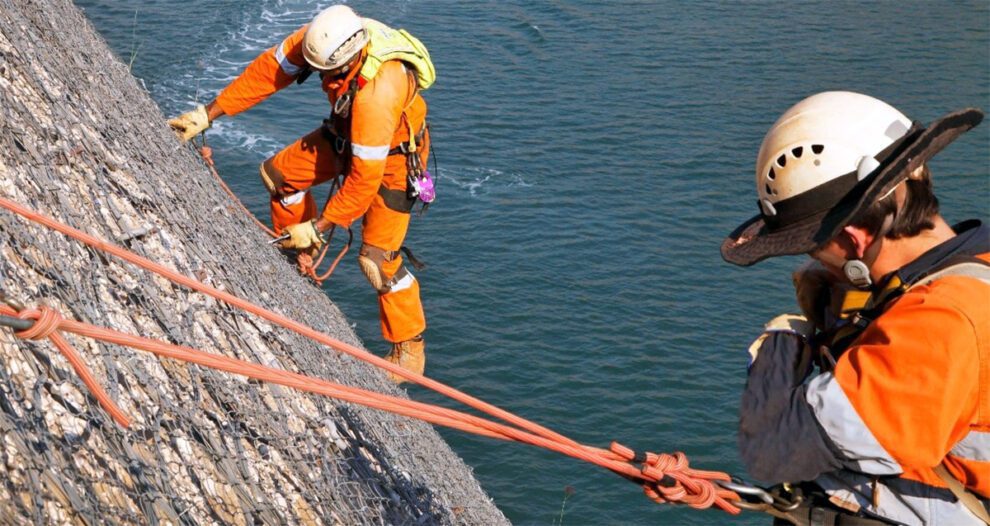 A mining services company was not worried about a potential avalanche before an employee suffered a fatal fall.

Rostered workers were not concerned about the risk of a rock fall the day a scaling contractor suffered a deadly drop at Grange Resources’ Savage River Mine, 269km west of Launceston.

“There is no evidence at all which would support a finding that any member of the SRG team, or anyone for that matter, had any specific concerns that were directly relevant to the risk of the rock fall that occurred at approximately 11am on 17 March 2017,” coroner Simon Cooper said in his latest findings obtained by the Australian Broadcasting Corporation.

“In fact, the opposite is the case.”

Nathaniel Beesley died from severe crush injuries after unsuccessfully abseiling down the wall face. The 32-year-old contractor was helping three SRG Global roping colleagues remove loose and hazardous rocks at the time of his unplanned descent. The victim’s lifeless body was retrieved four days later and all of his coworkers survived.

“[The] only way to absolutely avoid the high level of residual risk which attaches to manual scaling … [was] not to scale,” he said according to News Limited.

He also found no evidence that Beesley’s colleagues deliberately dislodged the rock that killed the contractor.

“[Coworkers] all gave evidence that they considered all appropriate safety protocols and requirements had been addressed, and that there was nothing that gave any cause for particular concern in the immediate lead up to Mr Beesley’s death,” he said according to the media outlet.

The employer has since introduced “fit for purpose” machinery to reduce the chance of another team member suffering a similar fate. WorkSafe Tasmania agreed this would improve short-term mine wall safety.