Eight teams from across NSW met at Singleton on Saturday to compete in the 2013 Coal Services (CS) Coal Industry First Aid Competition; with Tahmoor from Xstrata in Wollongong being named overall winner.

As well as taking out the overall competition title, Tahmoor also won the individual theory section and the amputee trauma scenario. Other individual section winners were Angus Place B (Lithgow) for the CPR practical; Bulga Coal (Singleton) for the snake bite scenario. Bulga also tied with Drayton Coal (Singleton) to take out the chest pain/sprain scenario

“Just as the Mines Rescue competitions hone incident response and rescue skills, this competition tests first aid skills required when responding to incidents on a mine site, as well as general first aid for events such as heart attacks.” explained Mark O’Neill, CS Health General Manager.

Coal Services was behind the Northern Districts First Aid Competition which ran from 1921 to 2003; making it the longest running competition of its type in Australia.

‘It’s been ten years since our last competition. We are proud to be able to bring it back as it is just one of the many ways we can support the NSW coal mining industry.’ Mr O’Neill said.

‘A competition focussed specifically on first aid enables teams to practice and apply the skills they learn in compulsory first aid training.’ he said.

The first aid competition was based on a number of scenarios where teams were required to work together with limited equipment and little or no external medical assistance. Teams were judged on how well they responded to and administered first aid. There was also a theory component.

The winning team captain, Mick Prior said “The boys from Tahmoor enjoyed this experience and the opportunity to test their skills against the other participants. The scenarios and

events on the day were very challenging and put all teams through their paces. It is fantastic to see Coal Services re-establish this first aid competition format for the NSW mining industry. It brought to the forefront the need for first aid skills to not only be developed, but tested to keep our industry safe.

I would like to thank Xstrata Coal Tahmoor for their commitment to this event and my team members, Scott Lawson, James Baker and Wayne Cook for the great job they did on the day and our back up support person, Nicole Parsons.

To all the other teams there who attended the day, a very big well done and congratulations, and I am sure you will all give Tahmoor a run for its money in next year’s event,” he added. 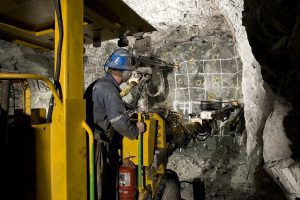 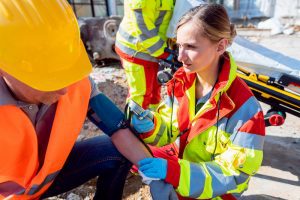 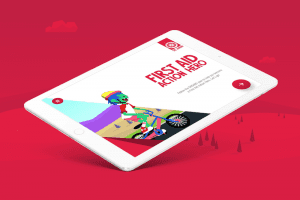 First Aid key to survival in the ‘Golden Hour’
Comment