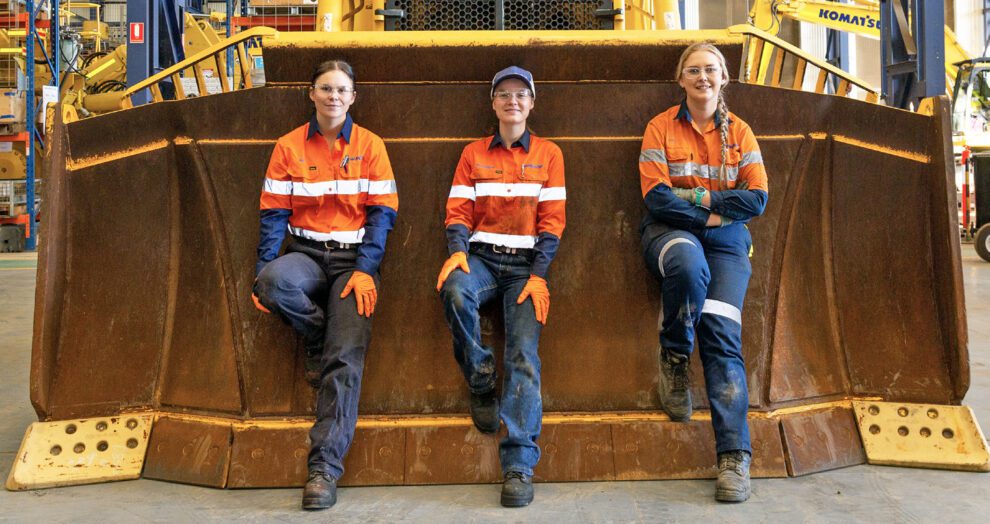 Sean Taylor is convinced the future of mining is women and automation. The CEO and managing director of Komatsu Australia claimed the next generation of mine workers will need much more training in information technology (IT).

“The future mechanic will need more than just a spanner, they will be working with cables and computers on next-generation technology, telemetry, driverless trucks and advanced technology – that means we need to attract problem solvers and creative thinkers and, increasingly, business is finding those qualities in women,” he said in an opinion article published by News Limited.

Ahead of International Women’s Day Taylor revealed a broader shift away from physically demanding tasks has already happened in some traditionally male-dominated sectors. The next wave of female participation is expected to hit earthmoving, construction and mining.

“At Komatsu, and I assume elsewhere in industry, we have achieved uplift in female graduate intakes for mechanical, mechatronic, mining and civil engineers, and data scientists perhaps – in part – because society is doing a better job at attracting women to science, technology, engineering and maths,” he said according to the media outlet.

The business has already hired female apprentices between the ages of 21 and 48. Additionally, 43 per cent of its annual apprentice intake comprised of women.

“That does not happen by accident, it happens by recognising the value that diversity brings and the genuine need to not only increase the overall rate of women in our industries but in the roles where it has been hard to get women to sign up [especially since] … getting female tradespeople on board has been harder,” he said.

“Just over 60 per cent of our workforce are women [and,] across our business, women are working in traditional and non-traditional roles such as administration and nursing but also in IT, mines rescue and occupational hygiene,” CEO and managing director Lucy Flemming said according to Australian Community Media (ACM).

“We care, we work together, we make a difference. We aim to attract and retain the right person for the right role regardless of gender or any other factor that does not impact their ability to perform the role,” she said according to ACM.

Fortescue Future Industries recently announced chief executive Julie Shuttleworth won a Member of the Order of Australia award at the 2021 Queens Birthday Honours. Shuttleworth was commended for her significant service to the minerals and mining sector.

“It is an incredible honour to be a recipient of the Member of the Order of Australia … [and] I am humbled by the positive recognition received from work colleagues across the industry,” she said in a public statement.