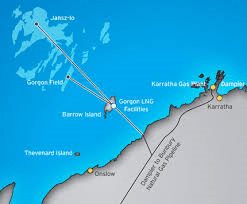 Up to 400 new jobs are up for grabs with Downer EDI announcing today it has secured a contract for miscellaneous works on the Chevron-operated Gorgon Project, located on Barrow Island off the north-west coast of Western Australia.

Under the contract, Downer expects to create up to 400 Australian jobs predominantly located at Barrow Island. The new roles will be across multiple construction trades disciplines including structural, mechanical, piping, electrical, instrumentation and civil. There will also be a number of new project administration and functional support roles located in Downer’s Perth office.

The scope of work may include:

The Chief Executive Officer of Downer, Grant Fenn, said he was delighted Downer would be working on one of Australia’s largest resources projects.

“Downer is a leading Australian construction contractor and we have a proven track record in oil and gas,” Mr Fenn said.