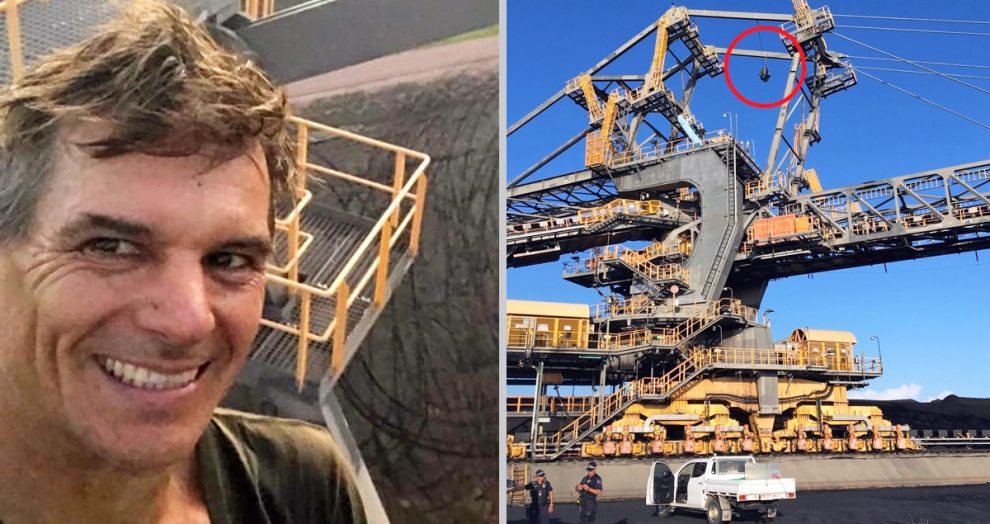 An anti-coal protestor was penalised for suspending himself from bulk-handling equipment in North Queensland.

The Frontline Action on Coal activist took multiple selfies to show how precariously high he was. Jukes had suspended himself 60 metres in the air to oppose Bravus Mining and Resources’ (formerly Adani’s) Carmichael Coal Mine. He wore a climbing harness.

“What a surprise: The activists that faced court today have escaped serious penalties, despite several of them having a history of similar offending,” Bravus said on Facebook.

“Serial suspender Mr Jukes only received a $1000 fine and [had] no conviction recorded.”

The proponent claimed the judicial system was too lenient, and should have made an example of the accused for putting his rescuers at risk of serious injury or death.

“This is a long way short of the maximum penalty of up to a year imprisonment or a $2700 fine that an offence like this carries,” the company said.

“Does this fine sound like a deterrent to you? It is time the Queensland Government got serious about taking action to stop this sort of illegal protest before a tragedy happens.”

The remarks came days after different anti-mining activists were separately caught trespassing at the Carmichael mine site. Footage shared on social media shows a chartered helicopter landing, and the offending passengers disembarking with luggage. One individual can be seen carrying a carton of Victoria Bitter beer despite strict alcohol regulations.

“Mine site safety is not a party,” Bravus said on Facebook. “Activists are carrying alcohol and alcohol consumption on a mining lease is heavily regulated as consumption of alcohol can impair memory, concentration and coordination, which can delay reaction times and increase the risk of accident and injury – not just to individuals but to their co-workers.”

The proponent claimed some activists have camped on the mining lease without permission for at least three months.

“Someday, someone is going to get hurt, someone is not going to be able to get to a hospital in time and that is simply unacceptable,” the company said.