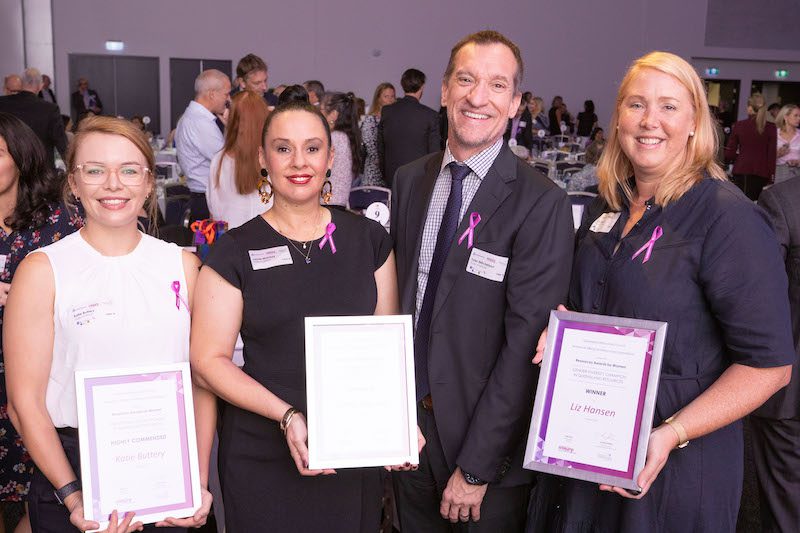 Anglo American’s Culture and Inclusion Manager, Liz Hansen, has been recognised as the winner of the Gender Diversity Champion award at the 2021 Resources Awards for Women in Brisbane today (10th March 2021).

The program focused on the priority areas of Inclusive Leadership, Dynamic Working policies and the creation and delivery of Call It Out, a workplace culture training program designed to create inclusive workplaces, free from bullying, sexual harassment and discrimination. The program is being rolled out across Anglo American’s Queensland workforce of 5,000.

“Liz has been instrumental in the establishment of our successful Call It Out program which encourages everyone to call out inappropriate behaviour and play an active role in shaping workplace culture,” Mr Mitchelson said.

“This program is a critical step in ensuring our workplaces are safe, inclusive places where everyone can achieve their full potential.” Speaking at the Awards, Mr Mitchelson acknowledged the industry still had a long way to go to achieving gender equality.

“Globally, women account for around 16% of the mining industry, and we must do more to create workplaces that are safe places for women to work and flourish.”

Liz has more than 20 years’ experience in the mining industry and has seen genuine changes in the industry towards diversity and inclusive workplaces.

“It’s a privilege to be recognised for a program that I have been passionate about and I would like to thank all of the people at Anglo American who have supported it over the years. Our industry continues to make big strides towards fair and equitable workplaces, and I congratulate all the finalists on this year’s awards.

“There are career-changing opportunities available in the mining industry for women and I would strongly encourage women to consider what our industry can offer,” Ms Hansen said.