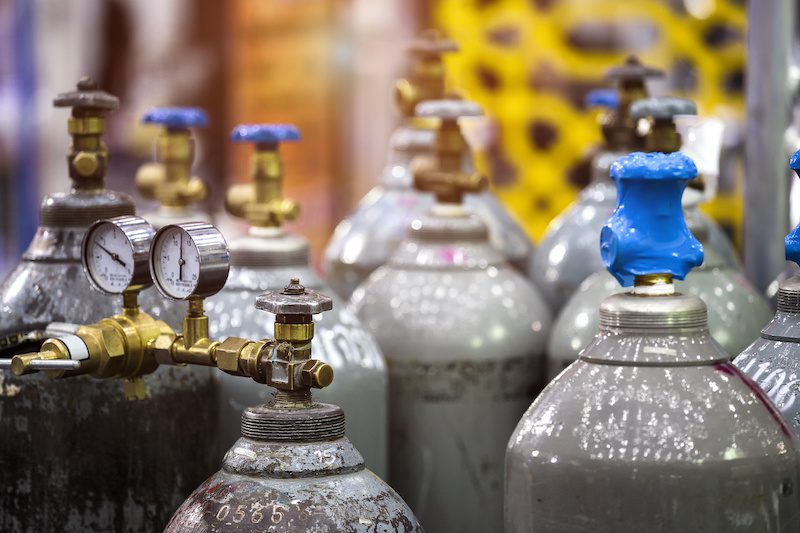 A safety alert has been issued regarding the discovery of asbestos in Chinese manufactured acetylene cylinders that have been imported into Australia.

Recent testing identified asbestos within the internal insulation (porous mass) of acetylene cylinders that are commonly used in Australian mining operation workshops. The cylinders were reportedly manufactured and supplied by companies based in China to Australian businesses.

Information supplied to AMSJ indicated that the Australian importer received information from the China-based supplier that the product did not contain asbestos or asbestos-containing materials. While batch testing was conducted in China and an asbestos-free certificate issued, other batches tested in 2020 through a registered National Association of Testing Authorities (NATA) laboratory In Australia and were found to contain chrysotile (white) asbestos.

Investigations have revealed that asbestos can sometimes be in the porous mass and the neck and base of the cylinder. It is not clear if the asbestos can be liberated from the masses inside the cylinder and travel into the flame path of oxy-acetylene torches. While it is expected the material should not liberate in most circumstances, AMSJ would recommend that independent regulatory authorities be contacted to validate exposure risks.

What should mines do?

At the first instance, AMSJ recommends that mining companies should contact suppliers to confirm that imported cylinder do not contain asbestos. Many importers have identified the issue and began to recall affected cylinders, however, we would recommend that any test certificates supplied by suppliers be validated by a third-party accredited laboratory that has accreditation in Polarized Light Microscopy techniques for the identification of asbestos.

Under no circumstance should mines perform any maintenance, repairs or modifications on these cylinders.

Specifically requirements are detailed below

This latest incident is not the first time that asbestos has been detected in the acetylene cylinder. In 2017 Chinese company Chinese Xinxiang Safety Cylinder supplied a number of the cylinder to Australian companies containing asbestos.

Asbestos became a prohibited product in Australia in 2003 however many third world countries still manufacture asbestos material products. As late as last year, ( January 2019), asbestos was identified in the brakes of a number of rail wagons used by FMG