The Federal Government of Australia today launched the Critical Minerals Strategy 2019, aimed at putting emphasis on what politicians call “the industries of the future.” In their view, these sectors include agritech, aerospace, defence, renewable energy and telecommunications.

“We have some of the world’s richest stocks of critical minerals and while the market for some of our minerals such as lithium is relatively mature, other minerals markets such as cobalt remain largely underdeveloped in Australia,” said the Minister for Trade, Tourism and Investment, Simon Birmingham, from Kemerton, the area where Albemarle’s lithium processing plant is being built.

In Birmingham’s view, Australia needs to work a bit harder on attracting and locking-in domestic and overseas investment to get projects off the ground. “That’s why a key part of this strategy is about how industry and government agencies such as Austrade can work together to promote our potential to the world to attract more international investment, particularly in downstream projects and greenfield opportunities,” he said.

The Strategy reinforces the work of the A$100.million Exploring for the Future initiative, which is aimed at helping explorers target new mineralization by using high technology to observe the deepest roots of mineral systems all the way through to the surface.

The plan also supports the work of the MinEx Cooperative Research Centre, a 10-year research program with the goal to develop and deploy the next generation of drilling technology and which will receive A$20 million funding in the coming years.

The 2019 action plan contemplates that the Cooperative Research Centre for Optimising Resource Extraction consumes all of its A$34.45 million in funding by 2021 as it works on developing energy-saving and resource-expanding technology that will allow lower-grade ores to be economically and eco-efficiently mined.

For Tania Constable, CEO of the Minerals Council of Australia, government funding for innovation, skills and investment promotion is valuable, but she believes more needs be done.

“Investment in the next wave of base metal and critical commodity mines and processing plants is not guaranteed, as Australia faces growing competition to attract international capital. The resources industry needs to convert this potential into lasting economic benefits,” Constable said in a media statement. 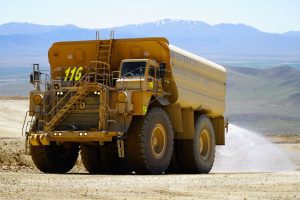