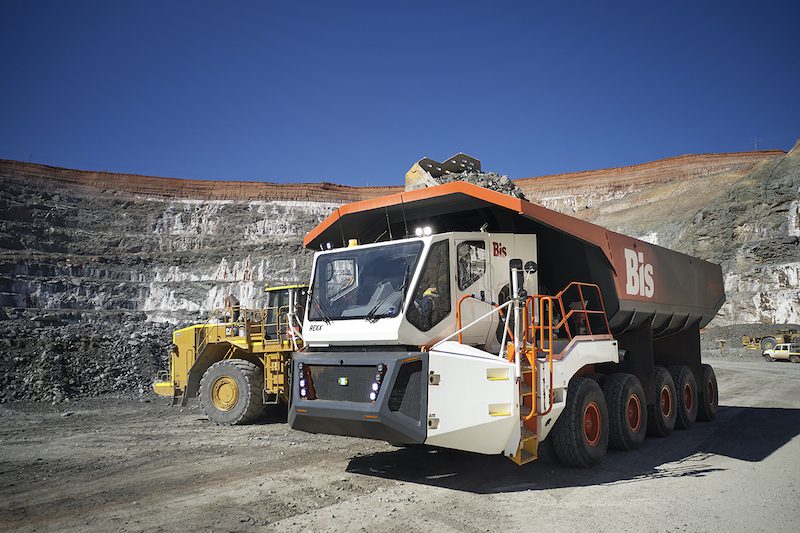 Bis says it has plans for the Rexx 160 tonne mining haul truck which include reducing its environmental footprint.

Chief Development Officer, Todd Peate, recently said the company has plans to offer hybrid, electric and automated versions of the 160 t payload vehicle to boost productivity and environmental footprint for its growing customer base.

Speaking in a blog post on Bis’ website, Peate said the launch of Rexx, a solution that can come out of the pit and travel up to 30 km while reducing fuel consumption up to 40%, is a fantastic example of a lower-cost approach to running mining fleets.

Rexx was launched in 2018, with Peate saying six customers have been running detailed trials of this solution during 2019 and 2020 as part of fleet replenishment and cost optimisation project assessments.

Among these are trials at Gold Fields’ Granny Smith mine and Glencore’s Murrin Murrin operation, both in Western Australia.

“Rexx speaks directly to improvements in environmental footprint and productivity for our customers,” he said, adding that, in Bis’ short- to medium-term roadmap, variants will be available in both hybrid and electric forms, with the existing solution capable to be retrofitted with mining automation capability.

“With the success of Rexx and feedback from the market, we have a roadmap for a product family that will see Rexx continue to grow well into the back end of this decade and beyond,” he said.

Meanwhile, in other areas, Bis said it is developing a “category disruptor” in the underground market in the early part of 2021, Peate said.

“From an automation point of view, we’ll be bringing something to the market very soon in the form of an offering that has potential application for not only our equipment, but for all equipment in the industry” he said.

Bis has also been recently awarded an extension to its long-term contract with AGL Macquarie (‘AGL’); continuing equipment hire and site services at the company’s two power generation facilities in the upper Hunter Valley region of New South Wales.

Bis has provided mobile plant and site services, including the supply of key primary dozers for stockpile management, to AGL’s Bayswater and Liddell power stations for the past 21 years.

Bis Chief Operating Officer, Michael Porter, said he was proud to see the continuation of Bis’ strong relationship with AGL, which is testament to Bis’ history of delivering safely and efficiently over many years.

“We are delighted that our long standing relationship with AGL has again been extended, allowing us to continue to deliver value through our committed team at this location,” Porter said.

“Underpinning the delivery of the contract is our focus on safe operations, with a Zero Harm commitment that has resulted in an excellent safety record of zero lost time injuries (LTI) over more than 20 years of working at this site.”