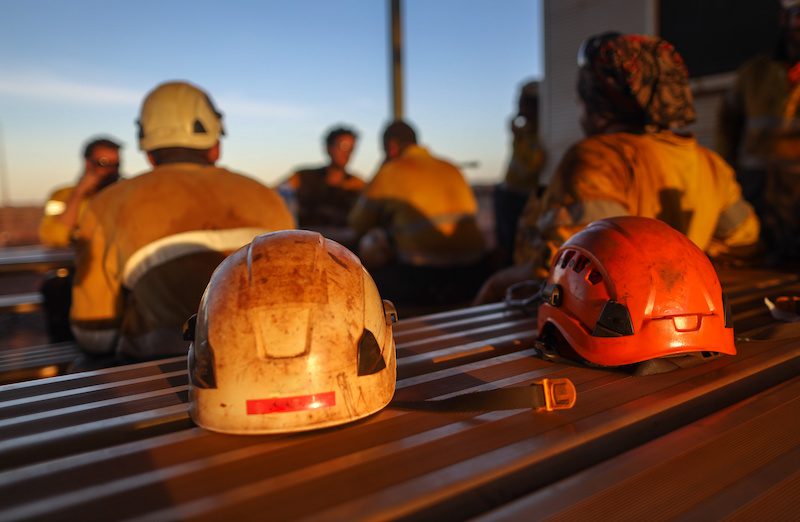 In a mining environment, it’s critical for safe production that everyone on the team is on the same page. Not only does this mean pursuing similar goals, but it also means that every person as part of the mining crew should take specific steps and measures to ensure that they understand how other crew members think and operate. To help you get a better idea of what this means and how you can make your crew more productive and create a safer environment, here are some key actions that you might focus on:

Most importantly, it is important to ensure that there is positive and effective communication between crew members whenever possible. However, it’s important to distinguish between effective, topical communication and general chatter and banter. There are plenty of situations where chatting can be relaxing and helpful (especially when there is a lot of stress and pressure around the pit), but that should be the exception rather than the rule when the crew is focused on production and safety.

It’s fair to say that after doing a hundred circuits a day, things can get rather monotonous and positive chatter on the comms can keep people focused, but there is plenty of evidence where this had got out of hand on mine sites to the detriment of some individuals and contributed to bullying and excessive stress. In the worst scenario, there is evidence of radio chatter contributing to accidents (especially when it gets in the way of positive communications).

Specifically, it is critically important to ensure lines of professional communication are open within the mining team.

This is even more important in mining where businesses rely on complex processes that have multiple teams working on various interacting activities across a pit. A lack of positive communication can impact safety and productivity and ultimately make complex tasks even more complex. There is substantial evidence through coronial inquiries across Australian mining operations that often show communication, or lack of it, contributed to the death of a mineworker. It is often the case that those fatal accidents could have been avoided if Crew A consulted with Crew B for five minutes before making a serious commitment to undertake a task. Sometimes its’ not about the crews, its’ about the leadership within the site where Supervisor A didn’t communicate effectively with Supervisor B.

Whatever the case, keeping lines of communication functional and effective is essential. Too often though we see that the lines blurred with superfluous chatter that confuses even the best of us. We simply miss the point because it wasn’t clear or it was overshadowed by egos or power plays.

By reserving communication channels for important matters relating to the safety and productivity of the site, you are making it easier for crucial pieces of information to get where they need to go.

To demonstrate the point of just how important this is, consider the communication channel between the Prime Minister and military commanders of strategic weapons.

Ultimately, because the lines of communication are not inundated with ‘chatter’ and matters unrelated to non-mission critical activities, it’s understood that every communication through that line is critical and should be read immediately.

Imagine how much smoother your mine site might run if individuals could absolutely guarantee that their critical information could be relayed to the proper parties as soon as possible.

In addition to increasing the amount of effective communication within your crew, you want to go a step further and make sure that crew members are providing input when possible. This is so important when it comes to safety on mine sites. If crew members feel uncomfortable with the ideas of giving or receiving input, then it’s important to change that.

Too often we hear of people afraid to speak up when it comes to critical safety issues for fear that they won’t see another shift or that they’ll get “shitcanned” and dropped down to a less desirable job.

Feedback and alternative perspectives can lead to revolutionary changes and improvements in your mine’s safety and productivity… good feedback is fundamental…it must be capitalized upon.

Supervisors and managers can facilitate more input sharing through taking the time to talking to each member of the crew individually. By encouraging them to give input in face-to-face interactions with someone in a position of authority. Helping your crew members feel more comfortable with the idea of exchanging input with their peers and bosses must be a first step.

While this may seem impossible on a larger site since there are so many team members on alternating shifts, but having supervisors focusing on their immediate subordinates there is an opportunity to bring about change and a chain reaction down the chain.

One of the biggest problems I hear on sites is the lack of communication or the inability of team members to voice their concerns to management, particularly when it comes to concerns of critical safety. If the chain is broken at a supervisory level, then it can be disastrous.

It’s important to note that not every piece of input that the supervisor or manager is going to be valuable, but it’s better to have a crew member that gives useful feedback only part of the time rather than a crew that keeps their useful feedback to themselves all of the time.

Engagement in the Process

It’s also important to make sure that every member of a crew feels engaged in the process. When some members feel left out and detached from the rest of the crew, that can lead to temporary dysfunctionality at best and valuable employees leaving the company in the worst-case scenarios.

Ensuring that each member feels engaged can be a challenge, but it’s a lot easier if the prior concepts have already been implemented. With increased communication comes a greater sense of community, which can make crew members feel a lot more like they are part of the team and less like they are cogs in a faceless mining machine. Encouraging input means that employees will feel like their opinions are valued and that they are seen as valued members rather than disposable workers that are just there to get a paycheck.

Beyond that, you can increase engagement by encouraging events outside of the workplace. Having crew dinners from time to time can go a long way towards building bonds between members.

These can be even more effective than big events like company retreats/training days etc., since they are much more casual in tone and much less likely to feel like strategic corporate ploys. If you want to go the extra mile and really make your crew members and peers feel like they are part of a close group, you can create a rotating system where each member of the team gets to choose the restaurant from time to time can work a treat.

Ultimately though the principle is inclusion and prior research shows that inclusive and open teams often are safer and more productive.

READ RELATED : Does Freedom of Speech exist in the workplace?

Finally, it’s crucial that you strike a delicate balancing between giving crew members the freedom that they want and the guidance that they need. Too much freedom results in a workplace where different parts are working towards different goals with incompatible methods, while too much guidance will suffocate creativity and bring down employee morale. On top of that, excessive guidance will tie up company resources, since someone will need to do the guiding instead of performing a potentially more useful task.

Again, this becomes a lot easier when the above systems have already been put into place. By understanding how each of your crew members work through communication and feedback, you can get a good feel for just how much freedom each of them wants and needs.

In some cases, individuals prefer a great deal of guidance, which means that it might be best to have them work more closely with a superior. Other crew members are much more productive when given a great deal of freedom, which can mean that they should work on smaller projects that allow creativity, or perhaps even that they should be transferred to a department where their individuality can flourish and lead to greater benefits for the mine.

To make all of these concepts work together, it’s important that you formulate a plan to implement them over a period of time. In most cases, it can be overwhelming to enact a ton of different policies at once, (particularly safety ones) so it’s often better to spread them out over a year or more, slowly adding new elements as you feel that your employees become more familiar with the process. Of course, there will be times when they need adding quickly for critical safety reasons, but as a general rule comms must be structured and delivered to meet the objectives of the organization.

This also has the added benefit of allowing you to gather feedback at each step, which means that you will be able to determine what does and does not work. If you throw everything out there at once, then you won’t really be able to figure out why it fails or succeeds, but if you do it piece by piece, then you can keep the good parts and cut the bad.

So, to sum it up…great safe and productive mining teams aren’t easy to build. They must rely on positive, professional and effective communication. They certainly must be reliant on effective input to encourage engagement in the workplace particularly around aspects of improving safety and productivity.

Too often we have seen a range of mining incidents and fatalities that could have been prevented if mining team communication was pinpointed on the real ‘critical’ issues and not around the generalist chatter of the day. 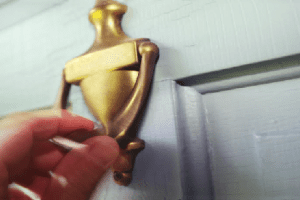