AMSJ » Building a safer workplace: Not just another brick in the wall 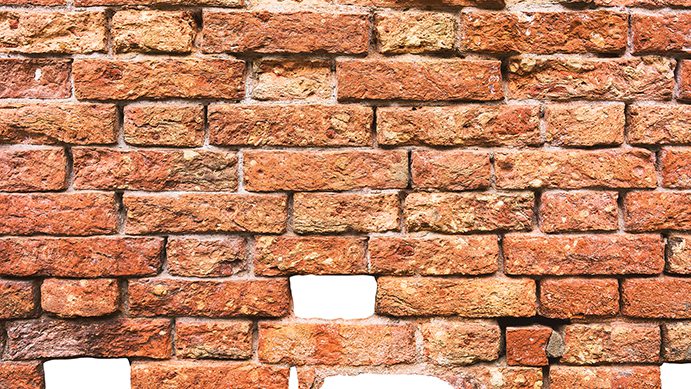 When we look at OHS legislation from throughout the world we see a strong emphasis upon the need for workplaces to be safe. Now we can argue the reasons behind this, and that alone could make up many chapters of a significant time.

Do we need to though? Is there much value in getting down and dirty in this world? Let me leave you with those questions for a while.

Our real-world observations though is that, despite the best of efforts, accidents continue to occur within many of our workplaces. At extreme levels these accidents result in the death of someone involved. Only recently within the US mining fraternity, a worker dropped a wrench and it landed on a ledge well outside of the “safety zone”.

To access the location where the wrench landed the worker had to step over a physical barrier and past a “Do not enter” sign. He did enter, lost his footing, and fell to his death. Why? Now I know that many readers will be thinking that he contributed to his own death by stepping outside the defined safety zone. It’s hard to argue that point. My question remains: Why?

Let us now explore some of the why. Take a look at the image of the brick wall above. Except do me a favour and become part of a little experiment with me for a moment.

Place your hand over the bottom half of the image. Now here is the tester for you – close your eyes and imagine this shall be the first time you have seen the brick wall.

What do you see? Hopefully you are seeing a pretty reasonable formed wall. It may not

appear to be up to a mason’s best effort but it certainly is standing, and more than likely performing its function of being a wall.

So, when we first look at our wall everything seems to stand up pretty well. We might even say that this wall has stood the test of time? Now remove your hand and the wall looks a little different – does it not?

We now see that all is not as it should be. It is only when we look far closer at the construction, maybe more toward what we might call the foundations, that we begin to see some potential risks to the integrity of the system (in this case, a wall) becoming exposed.

You might be mistaken here to thinking that we are actually talking now about the system of safety, and we certainly could be!

More often than not our safety systems appear to function and work well; it is as the “stresses” on that system are increased that we find that the absence of a certain brick in the wall might contribute to failure of our safety system.

How is it that we generally recognise failure? Most sadly it is often because of injury to one of our employees. Consider here the example cited previously.

Now why did the mine worker step outside of the parameters of safety that had been defined by the system? There are, of course, a number of possibilities here, and I am only going to explore a few.

Firstly, whilst there were signs and barriers evident in the workplace was it standard practice to abide by those structures within this workplace? We actually do not know. What we do see is that a stressor was placed on the workers internal system. In this particular case the worker elected to take those fatal steps literally.

What we do know is that there are also a population of workers who, when confronted with the identical stressor, elect to leave the wrench where it is and make arrangements to have it safely collected. This is the essence of our missing brick in the wall.

As we go deeper toward the foundation of the system we start asking questions about the personal values of the workers concerned and the behavioural practices that are commonly observed at all levels within the workplace.

It is often at this point that all the managers, safety bods, incident investigators, government regulators etc all come riding in to try and work out what happened. Sometimes we do, more often than not we end up with as many questions as when we started.

We develop more systems and procedures that are designed to minimise the likelihood of the accident happening again. Finally, we stand back and pray that it all comes together and nothing happens (in other words, our controls result in no further system failures).

Guess what? It does not work. We find ourselves lamenting that despite the best of intentions and the most robust of efforts there are still situations where people step outside the barriers (systems) and become involved in fatal outcomes.

Clearly there is something going on here, both within the psyche of individual workers and within the psyche of collectives that is able to have greater influence on behavioural outcomes than the most robust of safety systems. By the way, don’t fall into the trap of thinking it’s all about compliance: if only he did as he was told none of this would happen – that also is not true.

So what are the bricks missing in the wall? It is my contention that for any wall to be able to successfully sustain the pressures that are going to be brought to bear then these missing bricks need to be identified and replaced. By doing so we are able to better engineer greater integrity into the structure itself.

Allow me to deal with something which is becoming increasingly popular, and I am reluctant to acknowledge being spruiked from within my own profession of applied psychology. That is the burgeoning safety recruitment industry. So what is being promoted here? We have organisations purporting to be able to identify by way of psychometric test the “safe” people.

Now that would sound attractive wouldn’t it? If we could weed out all those potentially unsafe people, who might not only hurt themselves but also contribute to hurting those around them, would we not be doing everyone a favour.

Now here’s the rub – it does not work. Sure we can test for safe thinking, etc, (assuming the instrument itself is valid and psychometrically robust). The evidence though is very scant. In contrast, the National Safety Council have specifically looked at this whole question of recruiting “safe” people and found that the contribution it offers toward reduced workplace injury is less than four per cent.

The sample size was almost 20,000 – this is a result too powerful to ignore. Clearly the missing brick is not recruitment, despite there being a cohort of behavioural scientists trying to convince you otherwise.

So what is it then? After all, I am not suggesting that the above organisations are not actually providing what they say they are. Indeed I would suggest that they are. They are delivering, out of the population of potential employees they have been given the safest, in terms of thinking and behaviour.

So what goes wrong? There is something far more discreet, yet powerful, down here amongst the foundations of our wall. It is the culture of the place. All those unwritten laws that determine how people behave within certain circles including, of course, our workplaces.