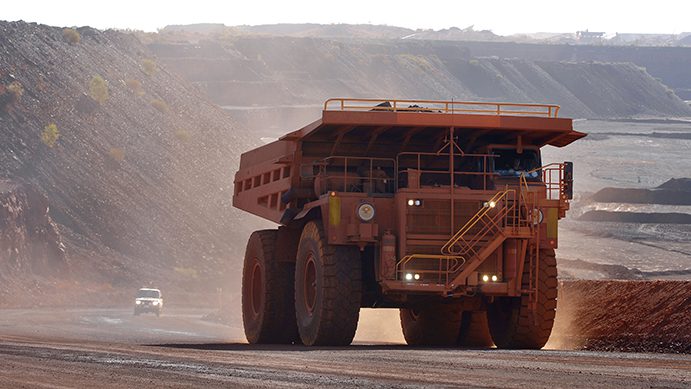 Driving standards are not changing anywhere near as quickly as the modernization of light vehicle safety. Specialist crash investigator and mine site driver trainer George Foessel examines why efficient driver training is vital to mine site safety.

Turn on the key to a new car and you will have a Christmas tree of lights light up on the dash. However most drivers cannot identify the need or purpose of the lights or the associated function.

It is interesting when you have the opportunity to speak with drivers who use the same car every day, they can generally only recall two to three lights on the dash, and are at a loss explain what the other lights and signals mean.

In the good old days, you would turn the ignition on, three lights would come on and away you would go. The difference is that on today’s cars the lights are mostly linked to a lifesaving feature on the car. As a driver, or importantly an employer, it is imperative that drivers know and understand the technology.

It’s great to have the ANCAP safety rating, but what do drivers need to know to get the benefit of the five-star rating?

Improved vehicle safety decreases the chances of being involved in an incident, as well as increasing the odds of surviving one.

Stringent motor vehicle design standards combined with a vehicle manufacturer’s desire to build vehicles that are not just economical and reliable, but also providing exceptional levels of occupant safety beyond anything we have ever seen.

Going back to 1970 or even 1980, a standard light vehicle did not have airbags or even ABS brakes. The safety features on a 4WD vehicle at that time were predominantly a seat belt. Today a seat belt isn’t just a seat belt. They have a pre-tensioner which pulls the seat belt tight in a collision, then a load limiter that loosens the seat belt off to prevent chest injuries.

Therefore the seat belt must be correctly fitted, worn and adjusted to maximise the lifesaving features of the belt. The seat belt also works in conjunction with the airbags, similar to a pyrotechnic light show – seat belt tightens, airbag deploys, seat belt loosens off.

In addition, vehicles are now fitted with Anti-Lock Braking Systems, this is a system designed to stop the vehicle skidding under harsh braking but still allow steering. Most commonly drivers complain of disk brakes being out of shape and causing vibration under brakes. This is not a warped brake rotor, it is the ABS function pulsating and the brakes doing exactly they are designed to do.

Traction control is also an amazing feature as it stops drivers over-accelerating causing a loss of control due to skidding. The problem when driving on-site is that on a low traction surface the traction control detects wheel spin and either decelerates or applies the brakes to the particular spinning wheel and the vehicle grinds to a stop part-way up the slope. So here, the technology works in one area but not in another.

Manufacturers have overcome this by allowing drivers to deactivate the traction and stability controls to allow the vehicle to maintain momentum in those circumstances. It is not uncommon to see four-wheel-drive vehicles stopped in soft sand due to the traction control kicking in and stopping the car. Turn it off and you can go further but don’t have the benefit of traction or stability in most cases until you turn it back on.

In many circumstances this technology, if used correctly, can overcome any difficulties of the increased stopping distance of ABS braked vehicles. Therefore the reports of brake failures when descending slippery downhill ramps can be minimised due to this technology.

SITE-BASED INCIDENTS
Having personally investigated numerous site-based motor vehicle incidents there is a common thread that I have seen developing. Drivers struggle to come to terms with the application of the new technology and therefore blame the technology for what is fundamentally driver or driver education errors.

My major concern is in relation to reports I read where a driver has failed to stop at a sign and ended up in front of a haul pack or in a collision with another vehicle. This is often attributed to a driver not seeing the massive yellow truck and driving out in front. The reality is in adverse conditions, with an unskilled driver, the vehicle can tend to get away on you resulting in the vehicle not being able to stop in time, resulting in a collision.

IVMS: IN-VEHICLE MONITORING SYSTEMS
IVMS is an addition to the modern mining fleet. In its inception it was seen as Big Brother, where companies could spy on drivers. However, IVMS is actually an amazing safety tool as it allows companies to evaluate driving standards on-site and, in particular, can also be used to refute complaints.

It also reminds drivers to do the minimum that is required of a drive at all times, that is to wear your seat belt, engage 4WD as required, engage park brake no excessive idle times and abide by site speed restrictions.

Light vehicle safety in the resources sector is a real challenge for the organisation, but an investment in the right equipment, the right training, and developing a great safety culture will definitely see a massive improvement in driver standards.

CEO, Motor School
George is the CEO of Motor School (Four Wheel Drive Training Pty Ltd). He formed the company in 1994 to provide a much needed specialist training service to the resources sector. The service extends beyond just basic training to include specialised crash investigation and vehicle testing services.

George’s background in driver training is unmatched in this country. He was a sergeant at the Queensland Police Driver Education unit and was qualified to deliver a broad range of high end police driving courses. Aside from his police qualifications, he has trained with police around the world including Germany, United States, Japan, United Kingdom and South Africa.

The Uber Effect
A Helping Hand To Heal
Comment