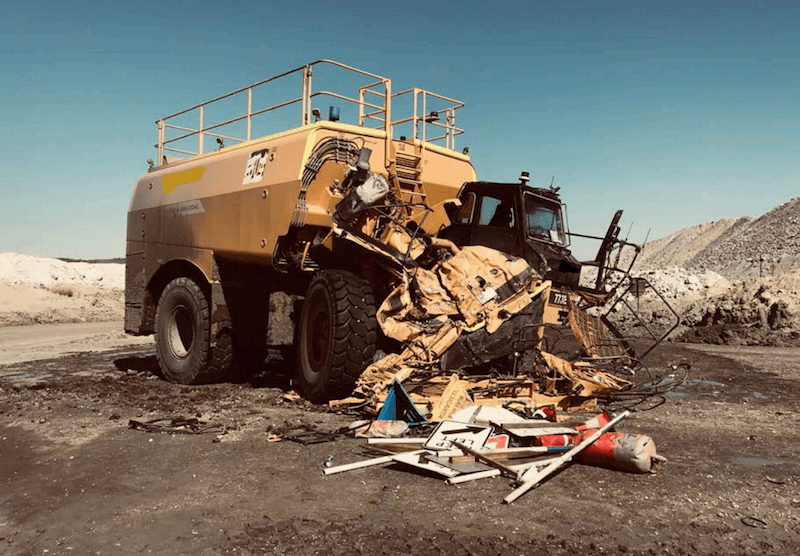 It wasn’t a great week at Whitehaven Coal’s Maules Creek mine last week when two vehicle incidents occurred on consecutive days. A collision incident and a fire incident.

According to available reports,  a loader backed into a haul truck on Friday night and then  a service truck caught fire on Saturday.

Fortunately there were no injuries for either incident. The NSW Resources Regulator has deployed staff for an investigation

“A mine safety inspector has been deployed to the mine site to undertake an assessment of both incidents”  the Regulator advised local news.

“As inquiries are ongoing no further comment can be provided.”

Collision between trucks in April

Back in April 2018, two trucks collided at an intersection at the Maules Creek Mine.

According to reports, at about 7.58 am on 21 April 2018, a Caterpillar 773 service truck and a fully-laden Hitachi EH5000 haul truck collided at a major four-way intersection on the mine haul road.

The injured worker was transported by helicopter to hospital where he underwent medical treatment. The Hitachi

haul truck is one of the largest rigid-frame trucks used in NSW mines with a payload of 296 tonnes and gross vehicle weight of 500 tonnes.

The Regulator later advised that consideration must be given to the risks of interactions between mobile plant with different operating characteristics when developing control measures. 1 Control measures must consider the conditions of roads and intersections including; the line of sight for the driver, the restricted vision (blind side) of the truck, windrow height and fit for purpose warning signs. Consideration should also be given to fitting collision avoidance systems on mobile plant to alert operators of imminent interactions and the need for evasive action.

You can read the full report of the incident here. 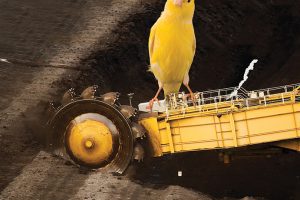 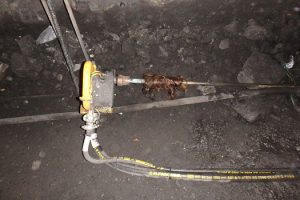