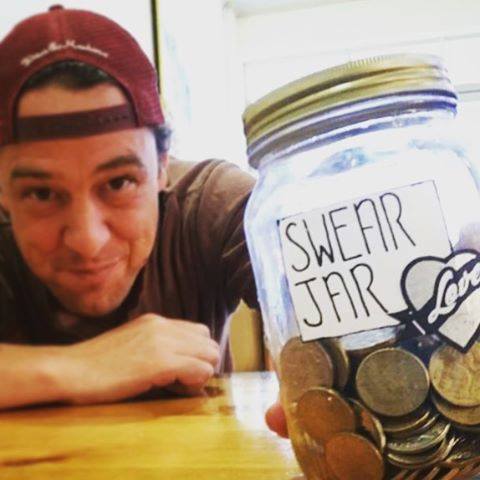 It’s common knowledge that our mine sites are filled with the toughest of the tough, and it’s no secret that the odd swear word gets thrown around.

While a new Swear Jar campaign to raise money for breast cancer research doesn’t quite encourage swearing in the workplace, it does give a good reason to shout the occasional profanity.

Love Your Sister, an organisation started by Australian actor Samuel Johnson and his sister Connie, kicked off the campaign earlier this month after Samuel announced his retirement from acting so he can focus solely on raising funds for the cancer that his sister has fought on more than one occasion.

The announcement, littered with several swear words, lead to a lightbulb moment.

“Connie told me off for swearing during my retirement statement and accused me of being drunk. Well I’m sorry that my blatant selfishness and potty mouth have offended (and I was tipsy, not drunk) but I think all this raises a fair question: In the face of breast cancer killing our women and all, is it really my language that is so offensive?,” Sam wrote on the Love Your Sister Facebook page.

“It got me to thinking. I’m not the only one who swears at bad stuff like cancer. What if we had these Swear Jars all over the country? I’m not the only potty mouth out there, right? So let’s turn it around? Bad words for good!

“If you really think about it, it might even encourage people to swear more often, creating an even more offensive environment for my prudish sister to bear.

“… in a few months time, we’ll see just how much my potty mouth is worth to cancer research. As a nation I reckon we could swear our way to a cure!”

Samuel is best known for his roles on The Secret Life of Us, Crackerjack, Underbelly II and most recently, his portrayal of Molly Meldrum. He also received national attention when he set a new Guinness World Record for the most distance travelled on a unicycle, raising almost $1.5 million for cancer research and spreading his sister’s message of breast cancer awareness.

To order a Swear Jar for your workplace, visit www.loveyoursister.org/shop