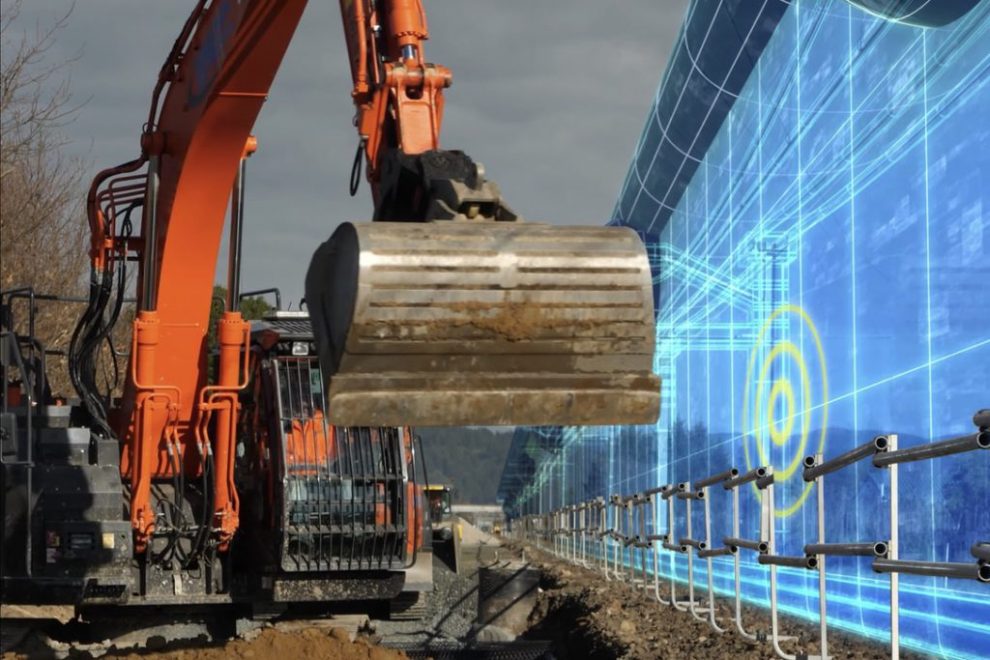 3D avoidance zone system, developed by SITECH in New Zealand, it will be used to elevate safety at construction and mine sites through the deployment of a unique, invisible ‘digital barrier’ which can shut down at-risk equipment the instant the barrier is touched.

Coates Hire has partnered with SITECH WA and Downer to trial the technology in Western Australia.

“Construction sites near rail lines and other critical infrastructure are both necessary and fraught with hazards, as excavators increasingly work within tight areas and nearby fast-moving transport,” said James Naylor, Executive General Manager, West, Coates Hire. “Thankfully technology is emerging to ensure these work spaces are safer than ever before, with Western Australia the first Australian state to benefit through this trial.

“This offering is the next stage in our Internet of Things (IoT) strategy. Once completed, Coates Hire customers will benefit from enhanced safety, productivity and monitoring capabilities.”

An excavator’s position is provided by SITECH WA’s  Trimble Machine Control System; Earthworks. Utilising dual Global Navigation Satellite System (GNSS) technology, the position of the whole of the machine is passed to the Trimble Marine Construction Software (TMC) which compares the machine’s position with the exclusion zone.

The TMC evaluates the current position of the machine against a pre-defined three-dimensional model of the restricted area. If any part of the excavator ‘touches’ the invisible barrier, TMC sends a signal to the machine to stop by disabling all operator inputs, ensuring the operator is no longer able to continue on their current path of movement.

“Many ‘2D’ height and slew-limiting systems exist on the market today, but they aren’t nearly as effective and can be prone to more human error,” said Brady. “The operator sets the limits manually by putting the machine up to the limit – this increases risk as these ‘2D’ systems are relative. Once the tracks of the excavator move the system needs resetting.

“With the SITECH WA’s 3D Avoidance Zone System the restricted area is absolute, and the machine position is always known.”

The technology has already been deployed successfully by KiwiRail, ensuring the safety of construction workers, train passengers, and drivers.