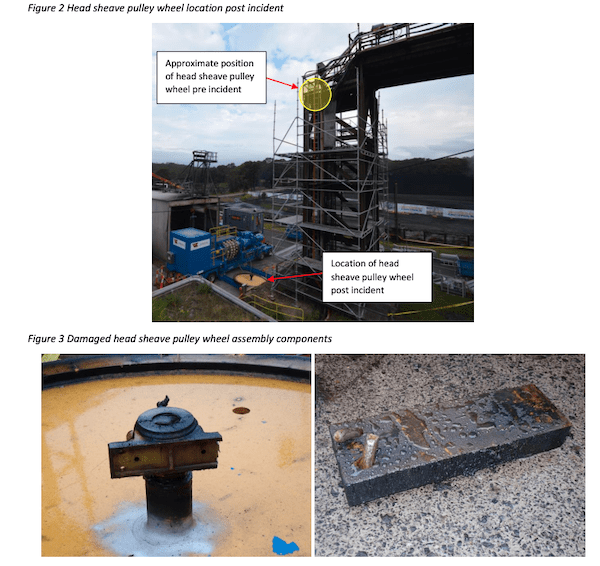 The NSW Resources Regulator has released investment information regarding a dangerous incident at Appin Colliery, Appin on 6 October 2020. According to the report, as part of an equipment upgrade project, during the removal of the winder rope from the Appin East drift winder, the head sheave pulley wheel, weighing several tonnes, dislodged from its support frame and fell approximately 13 metres to the ground below. At the time, a contract worker was positioned on the ground level, within a taped off, restricted access area directly below the pulley wheel. The worker had to move in order to avoid being struck by the falling object. No injuries resulted from the incident.

The NSW Resources Regulator’s initial inquiries have indicated that: