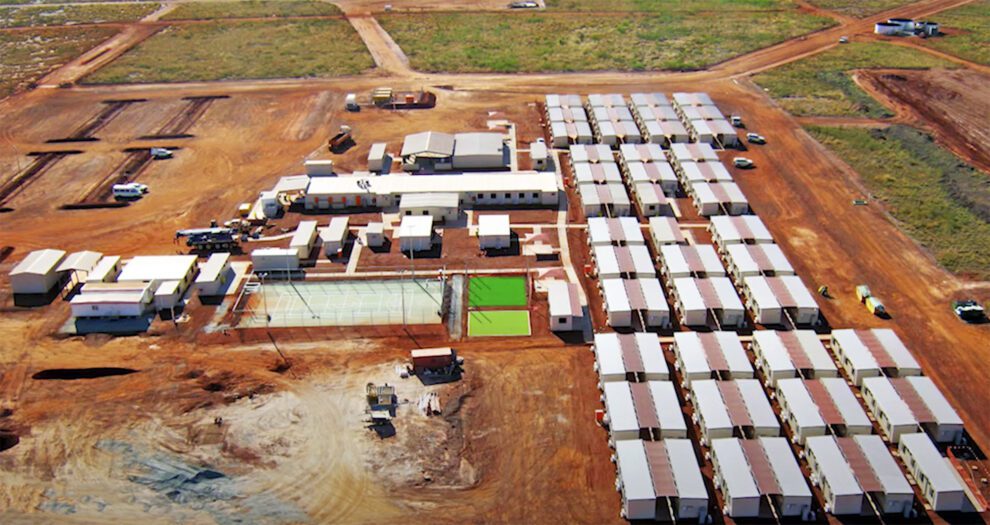 Remote workers urged their employer to unconditionally free them from arbitrary isolation at mine accommodation.

Fly-in fly-out (FIFO) employees want to be released from a continuing lockdown at Hancock Prospecting’s Roy Hill Mine, 370km southeast of Port Hedland.

The Mining and Energy Union estimates up to 200 FIFO staff members have been “indefinitely” confined to their rooms at the Gateway Village. The isolation came despite the absence of any public health order that restricts movement across Western Australia. BHP and its competitors still let their workforces travel freely to Port Hedland.

WA district secretary Greg Busson revealed the lockdown began in 2021 and has turned mine accommodation into some kind of “detention centre”.

“This has been going since last year, it is time to stop [and] it is a job – not a prison sentence,” he said in a public statement.

“I am getting calls from members in deep distress, you cannot live on a mine site for month after month without being able to the local doctor, or shop for personal items like tampons or medication.”

The employer will continue restricting movement to keep employees, contractors and the general public “safe”. Contractors will be paid until at least the end of June 2022. Affected employees also have access to an on-site tavern, convenience store, gym, dining hall and daily personal shopper service.

“They are paid for any rostered days off work missed due to isolation on-site, and are also paid a capped amount for rest and recreation days spent in isolation on sites,” a spokesperson said in a public statement.

“We have had additional controls in place across our operations in May, in recognition of the increased risk that came with the increased numbers on-site for our major shutdowns taking place this month [and] the next planned review of controls will take place by 31 May 2022.”

However, the union accused management of introducing the lockdown to avoid being infection themselves.