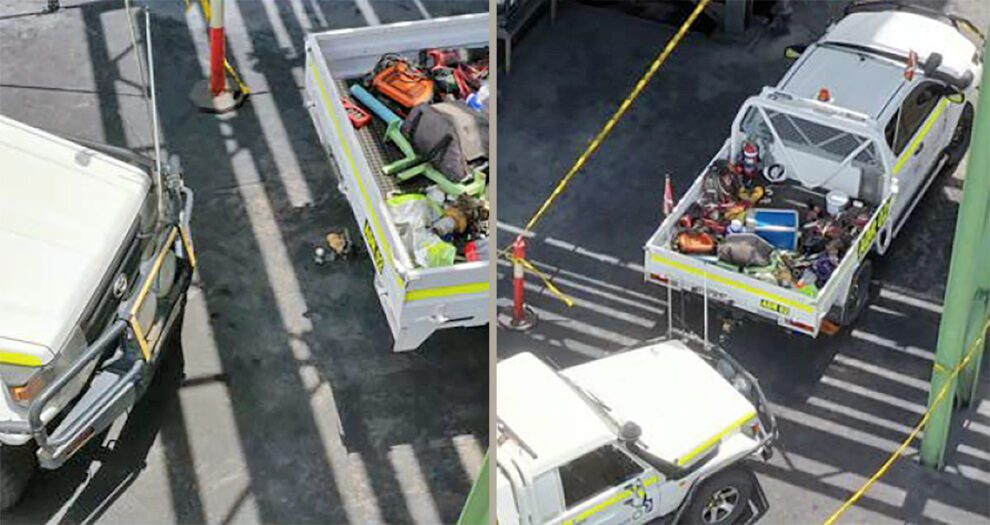 A mine employee might consider buying a lotto ticket after being fortunate enough to walk away from a pile-up accident.

One coal worker was recently sandwiched between utility vehicles at an undisclosed open-cut mine in Queensland.

Resources Safety and Health Queensland (RSHQ) confirmed the victim stood behind a parked ute facing the tray, and did not realise a different light vehicle was coming.

“A second vehicle approached from behind and struck the pedestrian. The pedestrian suffered [a] soft tissue injury,” RSHQ’s Coal Inspectorate said in its monthly periodical.

Management did not immediately report the incident despite the staff member suffering muscular, tendinous or ligamental trauma.

“The supervisor delayed reporting the incident to the site senior executive (SSE) for 15 hours,” RSHQ said.

The regulator believes the supervisor should have reported the accident “as soon as possible”, audited the driver’s traffic compliance, and taken “corrective action”. The team leader also should have checked whether coworkers were “competent” in emergency management procedures.

“[SSEs should] audit incident reporting history by work group, and take corrective action to ensure incidents are reported when required,” it said.

“Implement and maintain training of all workers and supervisors, so they remain competent in the emergency management system.”

Independent investigators also recommended that workers “always follow” traffic management rules at the mine site, and use the emergency management system during a crisis.