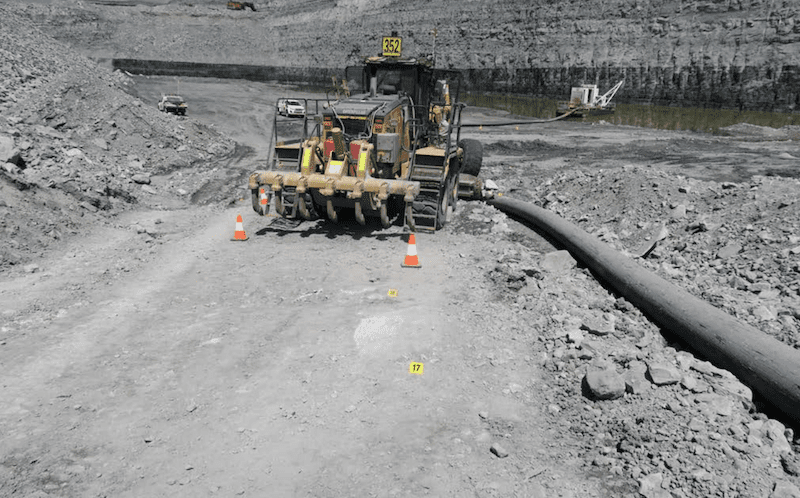 A recent Australian mining incident has hi-lighted grader operator safety issues. A worker suffered serious head injuries when the grader she was operating made contact with a pressurised dewatering pipeline, causing glass and debris to forcibly enter the operator’s cabin. The worker was transported to hospital for treatment. The NSW Resources Regulator has commenced an investigation into the incident.

Mt Arthur Coal Pty Ltd, owned by BHP , operates Mt Arthur Coal Mine 5 km southwest of Muswellbrook, NSW. The large open cut mine uses a strip mining method to remove overburden and coal by shovel and excavators. Haul trucks transport the overburden and coal to onsite processing and transport facilities. The mine operates 24 hours a day, seven days a week. The mine produces coal for domestic and international energy sector customers.

At or about 5 pm on 22 October 2018, a worker, 49, suffered serious head fractures and lacerations when the grader she was operating made contact with a pressurised dewatering pipeline (poly pipe). The worker was improving an access ramp onto a bench of the pit area where drilling was being undertaken. Dewatering of the pit area was being undertaken using a diesel-powered pump that was connected to a 355 mm pipeline. The pipeline was adjacent to the access ramp. Water was pumped from the pit at a rate of 100 litres per second, creating pressures of between 1250 and 1500 kPa along the pipeline. The pump was operating while the grading works were being undertaken.

The worker suffered multiple facial fractures and deep lacerations to her face, which required surgery.

The Resources Regulator inspectors and investigators responded and commenced an investigation to determine the cause and circumstances of the incident. The mine operator is cooperating with the investigation. An investigation report will be prepared for the Secretary of the Department of Planning and Environment.