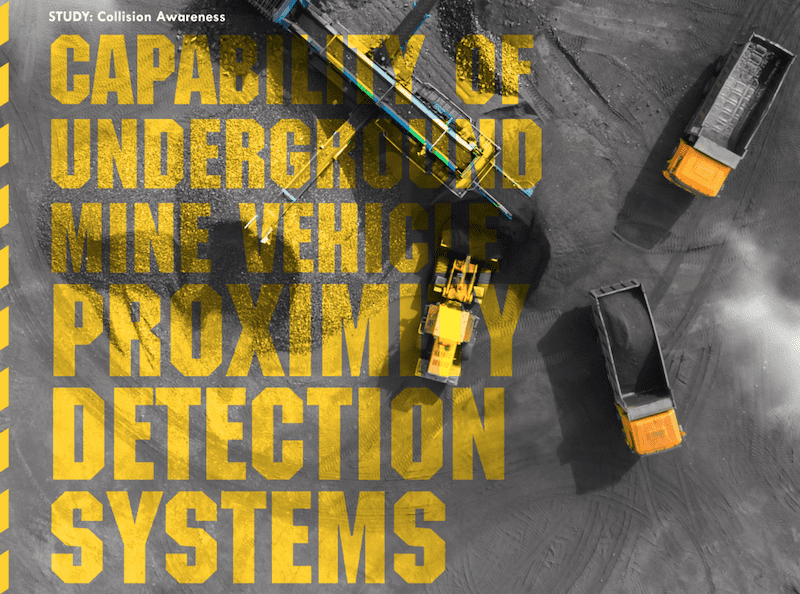 Every employee, no matter what industry, deserves to work in a safe environment, the health and safety of every mine worker is of the utmost importance. Safety systems are designed to ensure that productivity is maximised and that a safe environments exist. One system that’s now critical component of most safety programs is proximity detection .

While Queensland has some of the strongest and most effective laws in the world to minimise the risk of harm to mine workers, the Department of Natural Resources Mines and Energy continues to work with industry to look for ways to support a safe mining sector.

Day to day mining operations rely on the safe operation of equipment and machinery which can become a major hazard when there is limited vision and constricted space around the underground equipment.

In order to address this hazard, various proximity detection systems have been developed, tested and evaluated.

The scope of one project conducted by Queensland based Simtars was to focus on interactions between the workforce with continuous miners, shuttle cars and load haul dump vehicles.

During a two day workshop a suite of nine scenarios were developed and the proximity detection systems were put to the test.

André De Kock, Research Manager at Simtars, commenced his career at the Chamber of Mines Research Organisation in South Africa before moving to Australia with his family in 2001. Here he took employment at Simtars, the Safety in Mines Testing and Research Station. We spoke to André about the study and findings.

Why you were involved in this study?

I was approached by representatives from the industry to undertake an evaluation of the different proximity detection systems available in the market at that time.

How important is proximity detection in mining – and why?

Proximity-detection systems are an added layer of control in a multi-layered safety management system to lessen risks from mining equipment accidents.

What are some of the proximity detection systems you tested?

Can you tell us a bit about the 9 scenarios that were developed for your study – and why these were considered to be most relevant to getting the information you required?

Representatives from the different mining companies participated in a two day workshop to develop the nine scenarios.

The aim of the workshop was to identify the most common situations encountered in underground coal mines involving continuous miners, shuttle cars and load haul dump vehicles.

How important is it that new operators and personnel understand the system’s limitations they are working with?  And of course, that the right maintenance is completed?

It is extremely important that all new operators understand the system’s limitations they are working with, as a wrong processes could put workers’ lives at risk.

How will your findings affect manufacturers?

The findings of the project will allow manufacturers to identify areas where their system needs improvement. For new manufacturers entering into the market it will provide some background on what their systems should be capable of doing.

And how will it affect mine sites and operations in general?

The findings documented in the report provide the mine sites with a side-by-side comparison of the different systems when submitted to the different scenarios.

What do you think is the most surprising thing your research?

Only three Proximity detection suppliers were willing to participate in the project.

The variation in the performance of the different systems.

You gave suppliers the chance to provide feedback, but out of 9 – only 2 got back to you? Why do you think that was?  And were they positive or negative about your findings?

The feedback received from the suppliers were on the results of the testing. The two out of three suppliers that provided feedback were focused on the test results. The feedback was aimed at those test where their systems did not perform as expected.

Why is it important that mine operators and personnel read your report?

The report provides advice intended to help mine sites select the right proximity detection systems and to maximise its benefits.

You can find the report here:  https://www.acarp.com.au/abstracts.aspx?repId=C24010

This article was first published in the Spring 2018 Edition of Australasian Mine Safety Journal. You can signup on our site to receive free the E-Mag or subscribe to receive the Print Edition.