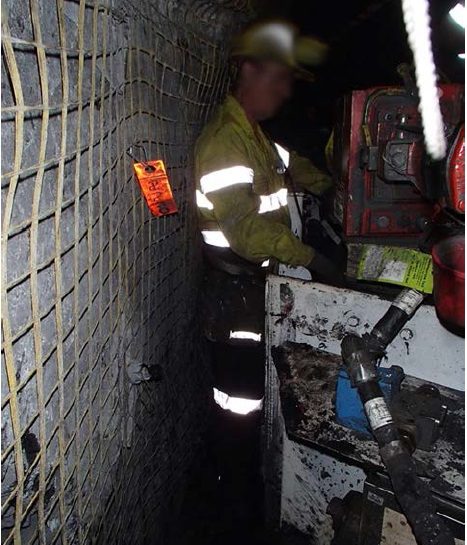 The Queensland Mines Inspectorate (QMI) has praised the prompt action of co-workers who went to the rescue of an electrician who became trapped between a coal rib and a maingate drive in a Queensland mine.

“…their care in undertaking the rescue certainly helped reduce the severity of this accident,” a QMI-issued safety alert said.

QMI does not release details of the date or the mine involved in their safety alerts, however in September a worker sustained leg injuries at the Oaky Creek underground mine near Tieri. There is no official confirmation that this is the same incident referred to in the Safety Alert.

The Safety Alert says the electrician became trapped while working at an electrical distribution control board on a beam stage loader (BSL) at the longwall face.

The BSL is a chain conveyor at the end of the face that transports coal from the armoured face conveyor (AFC) on the longwall to the main belt conveyor leading out of the mine. It also incorporates a small crusher to reduce the coal particle size.

As the maingate end of the longwall started to move during a maingate advance, the electrician became trapped between the coal rib and the maingate drive.The electrician, who had to be rescued by his fellow workers, survived but was admitted to hospital with severe injuries.

The Safety Alert goes on to clarify, “As the Mines Inspectorate nature and cause investigation is still underway all contributing factors to the accident have not been finally established. However, the accident does highlight the hazards associated with working in the vicinity of longwall equipment.”

The following recommendations were made:

Mine site senior executives should: