A draft of an international Standard for responsible mining was released yesterday by the Initiative for Responsible Mining Assurance (IRMA), and is now available for public comment.

The IRMA is a partnership that comprises stakeholders from the mining industry, organised labour, nongovernmental organisations, mining communities, and businesses.

In a statement the IRMA said, “The draft Standard is a proposed set of principles to improve social and environmental performance and is the result of eight years of collaboration between groups who have historically been at odds. It seeks to emulate for industrial-scale mine sites what has been done with certification schemes in agriculture, forestry and fisheries.”

“Each of us wants a future where mining companies make a positive contribution to local communities and minimise any impact on land and water, while serving the needs of modern society,” said Jon Samuel, Group Head of Government and Social Affairs at international mining company Anglo American. “Though we don’t always see eye to eye on every issue, IRMA has developed a draft set of leading edge practices and a new definition of more responsible mining.”

“IndustriALL Global Union, as the world’s biggest global union, is proud to be associated with IRMA. This is a joint effort to develop a credible multi-stakeholder certification and assurance reporting system for the mining industry which is responsive to the urgent challenges of sustainable development,” said Glen Mpufane, Mining Director atIndustriALL, a global union federation, and a former miner from South Africa.

The statement said, “While IRMA’s Steering Committee has confidence that the draft Standard for Responsible Mining has successfully integrated varied perspectives from each sector, it is important to note that the individuals, organizations and companies on the Steering Committee have not reached agreement on all aspects of the Standard.”

“However, they believe that now is an appropriate time to open up the Standard to broader consultation and are therefore asking for a first round of feedback and input from the public, businesses and other stakeholders.””

After the 22 October comment deadline, IRMA will make revisions to the draft Standard for Responsible Mining and release a second draft for an additional comment period before releasing the final Standard. The goal is to develop a certification scheme based on independent third-party verification and in compliance with ISEAL Alliance’s Code of Good Practice for standard-setting.

“With this set of new guiding principles for mine sites, we are raising the bar on environmental and human rights standards for mining,” said Jennifer Krill, executive director at Earthworks, an international mining reform group. “The credibility of this proposed new system lies in the unprecedented participation of leaders from every sector involved in mining.”

“We believe IRMA will do much to improve the entire industry by motivating mine operators to work towards, and ultimately achieve, certification,” says Anisa Kamadoli Costa, Vice President, Global Sustainability & Corporate Responsibility at Tiffany & Co. “We’ve witnessed great success in similar certification initiatives, such as the Forest Stewardship Council, in raising the bar for an entire industry and increasing consumer awareness of responsible practices. Because IRMA includes the same key components – credibility in the marketplace through a multi-stakeholder approach and independent third-party verification – we hope this initiative will have similar success.” 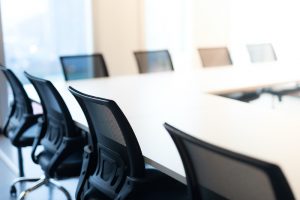 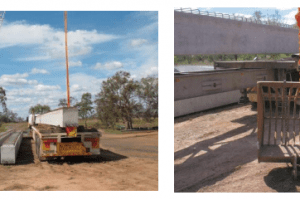 A good day’s sleep
Safety News: Around The World
Comment