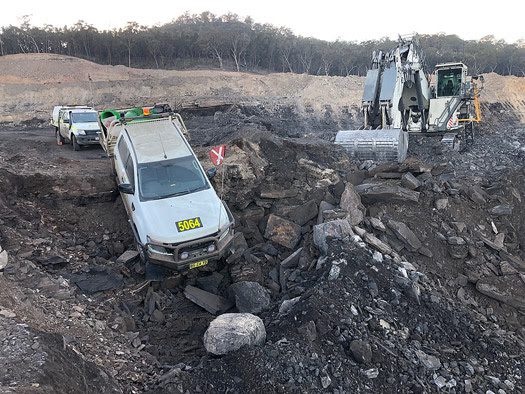 A light vehicle has driven over an open face at a NSW mine leaving the drivers shaken and an excavator operator facing an investigation.

According to the NSW Resources Regulator, a light vehicle was driving back to the assembly point from a drill site when it drove over an open edge.

The front of the vehicle dropped over the edge, while the rear wheels remained on the bench.

The two occupants of the vehicle were not injured.

The vehicle was exiting the drill area at the end of the shift. The driver used the same road they had driven on earlier that day. During the shift, an excavator dug through the ramp, leaving an open face approximately two metres in height.

The excavator operator was unaware that his work area was intersecting an active light vehicle track. This resulted in the track being excavated without the installation of any delineation markers or communication to the light vehicle operators.