AMSJ » Loader operator drove over the edge of stope 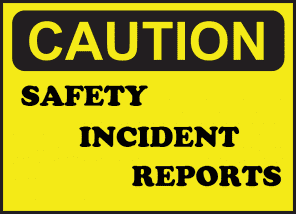 The NSW Resources Regulator has reported a loader incident at an underground metal mine that caused the operator sustained injuries.

According to the report, an operator sustained serious injuries when the loader he was operating drove over the edge of a stope and fell 20 metres to the level below. The loader was a tele-remote loader which was being manually operated at the time. Further investigations are continuing.

Mine operators should have a documented safe work procedure for manually tipping material into an open stope void. The installation, inspection and maintenance of stop blocks and bunds should be considered when developing risk controls for manually tipping into stopes. Procedures for the changeover from tele-remote operation to manual loader operation should be implemented and adhered to by loader operators.

A recent dump truck incident at a Northern NSW Open Cut coal mine has re-inforced the value of seat belts. The operator only received minor injuries but was considerably shaken after hitting a windrow.

According to the report, an operator driving a fully loaded dump truck was descending a ramp when the truck has veered into a windrow and rolled onto its side.

The NSW Resources Regulator said, “mine operators should reinforce the application of procedures, including fatigue management, use of mobile phones and compliance with speed signs. “

“Equipment operators must maintain situational awareness and remain vigilant of the risk of machine rollovers. This incident underpins the importance of wearing seatbelts as a mitigating control. When planning tasks and travel paths, supervisors must consider rollover hazards. ” Recommendations on managing risks to operators can be found in safety bulletin SB17-01 Industry reports more truck rollover incidents.