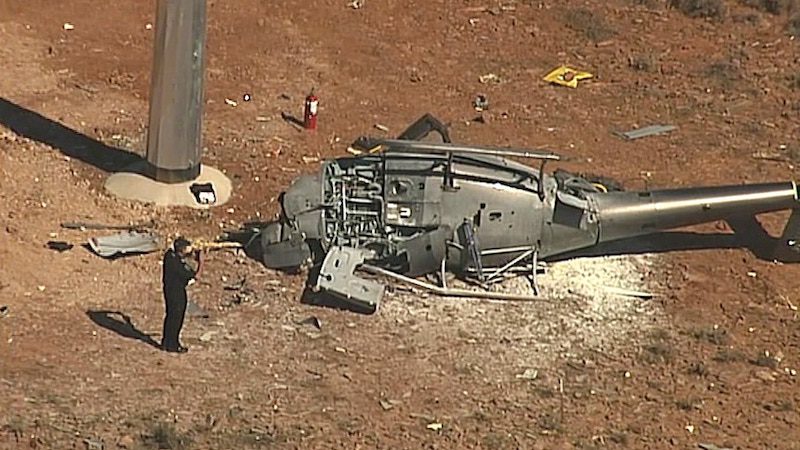 A lack of supervision has been identified as an issue in a helicopter crash in South Australia’s north where a pilot died while stringing lines between power poles.

The Australian Transport Safety Bureau says the Squirrel helicopter was being used to string lines between the Mount Gunson substation and the Carrapateena mine site, 60 kilometres east of Woomera, when it struck one of the poles in March 2019.

Fatal helicopter crash at mine site

Its report found the main rotor blades struck the pole about 17 metres above the ground, with the aircraft crashing at the base.

Several ground crew from the stringing team extinguished a small fire and removed the pilot from the aircraft.

A short time later emergency services and paramedics from the mine site arrived and confirmed the pilot, who was the sole occupant, had died.

The helicopter was destroyed.

The ATSB investigation found that shortly after being trained in powerline stringing operations, for unknown reasons the pilot modified the stringing method.

As well as placing the helicopter at a low level in the vicinity of the power poles, the changes also increased the update of dust.

“There were no requirements in the operator’s procedures to provide any post-training supervision for powerline operations,” director of transport safety Stuart Macleod said.

“What supervision was provided was ineffective in identifying that a modified stringing method was being used by the pilot.”

The ATSB said since the crash the operators of the helicopter, Aeropower, had instigated a number of safety measures related to the supervision and review of newly authorised pilots.

“The mandated extension of command under supervision time, the introduction of periodic consolidation flight checks, and the extension of mentoring time are all expected help better prepare newly trained pilots for solo operations and provide them with additional defences to the hazards associated with specialist flight tasks,” Mr Macleod said.

The ATSB said the investigation also highlighted that experience alone would not always prevent a pilot from having an accident.

In this case, the pilot was very experienced, having logged almost 6500 flight hours.